When the fog shrouds... 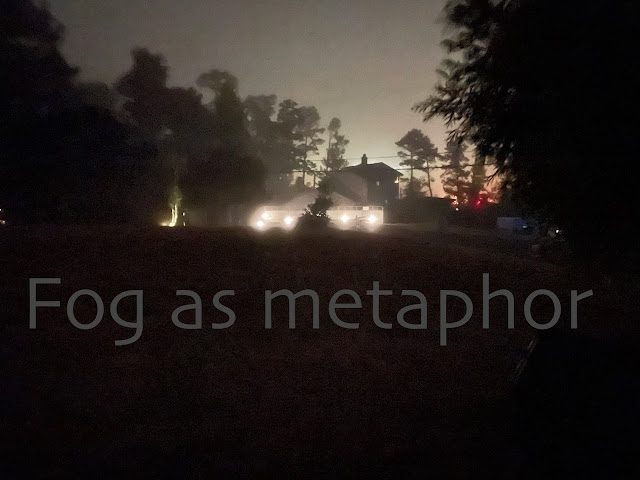 Our summer nights have been cozy, wrapped in fog.

The spirited vapor rolls in from the coast as late evening sun and shadows play across the Santa Lucia slopes. As darkness descends, the fog rises from the valleys and thickens. 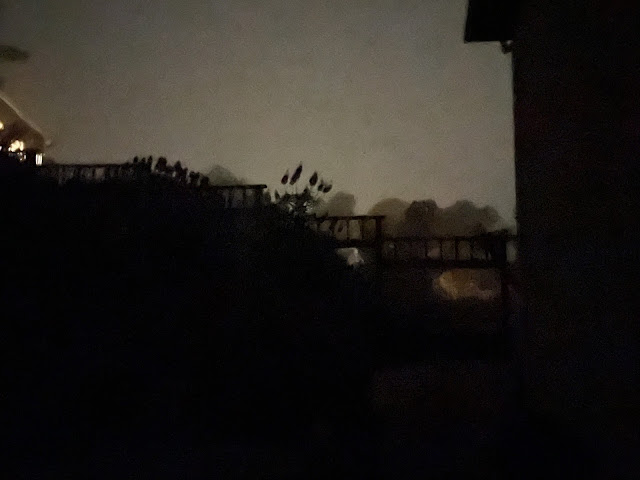 I've taken it as a sedative. It's a shroud, buffering and insulating, changing the appearance of things. It helps take the edge off life's pain, if only temporally and if only in an illusory way.

We live in a season of madness. We postulate extinction. My generation will not see the end of the whirlwinds we have given flight. Our friends are disappearing. We are no longer fleet. We are increasingly irrelevant. But we, some of us, rage against the insanity, the short sightedness, the decline, and demise.

Those hard lines and sharp edges of life soften in the fog. 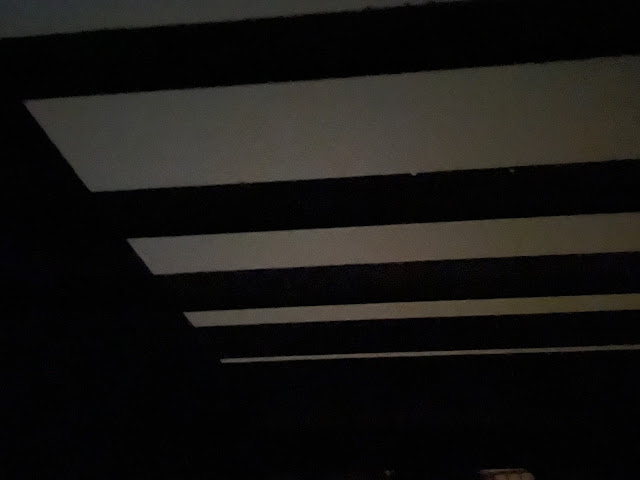 Fog may hide things, but we do not hide from life.
It seems a lifetime of reporting is calling in IOU's. I am now clobbered by war, disaster, broken hearts, frightening futures, wasted chances, toxic personality, and disappearing evidence of heart and soul. Like many of you, we worry about heirs and the yet unborn. And in every headline and news break is a connective nerve to the moments that soak the brains and hearts of old journalists in the pain, suffering, death, misdeeds and carnival of inhumanity that we saw and felt and can never seem to forget. It is our pass into club PTSD. Of course there are others here too, and some more grievously wounded.
The older I get the more resilient the ghosts are. The fog is a cocoon, but only a pretender. 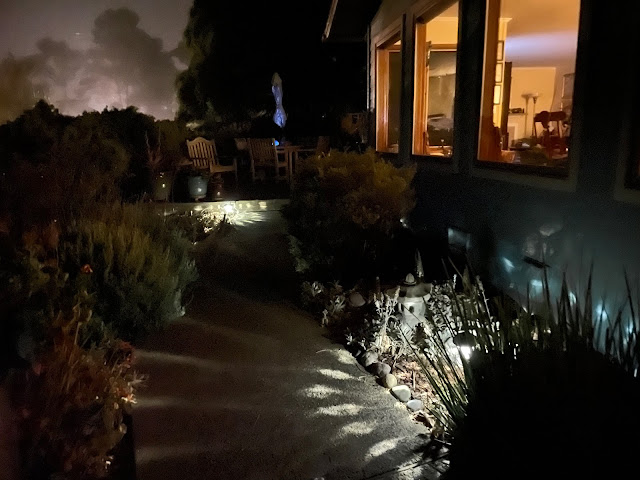 The Frontline Documentary Ukraine: Life Under Russia's Attack, left me depleted and ranting that a lethal drone should be addressed to Vladimir Putin. Another madman is loose in Europe, again. Why can't we learn from history? And already we are starting to forget. Old news, exactly what he counted on.

I had to step out for a walk, in the cool mist.

It is life out of balance. Election deniers, a radical Supreme Court turning back the calendar on human rights, people tossed out of homes, working poor unable to get by, huge wealth getting larger, oil companies gouging for record profits, fires, floods, and human kind seems paralyzed. Where is the common sense? Where is decency?

I sat in a briefing this week with a just retired Lt. General who had directed the Department of Defense's  Joint Center on Artificial Intelligence. You probably don't want to hear this, but the Chinese are way ahead of us in digital transformation, global interconnectivity and Artificial Intelligence. As he said the issues are Organization and Innovation. The question is How does an organized and innovative adversary fare on the battlefield?

Once some of us were called "angry young men or women." Now we are angry again. As the saying goes, we know where the bodies are buried and we have secrets we will take with us. We've seen how we've missed getting it right, over and over.

General's also talk about fog. They call it the fog of war, a confusion and lack of judgement caused by war. We are a people at war with our values, with each other, living on a planet that we are at war with.

The great American writer Ben Hecht offers us wisdom; I see a lot of fog and a few lights. I like it when life's hidden. It gives you a chance to imagine nice things, nicer than they are."