What rises in America? 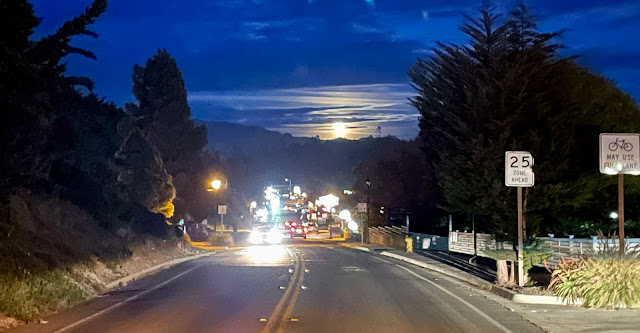 Moonrise over Cambria East Village
For more than 20 years she had served her customers, cooked their breakfasts and lunches, knew their likes, kept coffee cups full and heard about their lives. Tonight, somewhat retired, she sat at the long table, having catered a meal, relaxed, sipped a glass a wine and told a story that revealed a great truth about what's happening to workers, and what will change our economy
She's resilient and street smart. She ran a good restaurant, but the building owner had different plans. With little notice a community favorite was closed.
She was tired, had worked hard and said it was time to give her mother the attention she needed, so she moved her from Mexico. Last week they were having lunch at a little restaurant over the mountain. Seeing tables that needed to be cleared, her old instincts kicked in and she went to work.                                    Shortly she and the manager were conversing, they had a lot in common. Her host  complained about not being able to hire help. It's the common business malady of the day, coast to coast.
As she nursed the cabernet, she told us the restauranteur didn't understand why she couldn't get help offering pay of $12-13 an hour.
"She won't be able to hire anyone for that. Servers today will make $25-30 an hour. They have choices now." 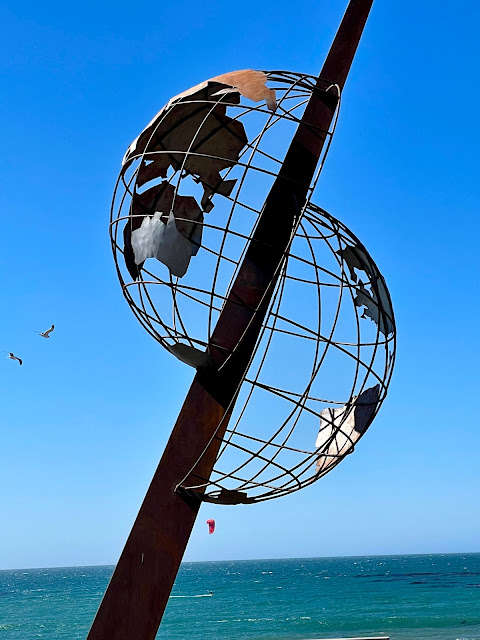 SHIFT by Warren Hamrick
San Simeon CA
choices now
Things are out alignment, out of whack; it's a new day and that is especially so for the working class.
Bars, coffee shops, restaurants, medical offices, retail businesses, trucking companies, warehouses and more are hammered by a dwindling work force. The Pandemic sickened economy is changing work in America.
In 50 years of reporting I've not seen the rise of such an attitude. 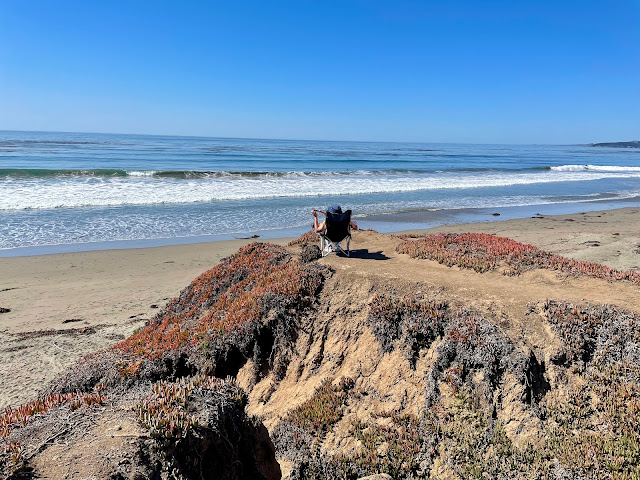 Workers are taking a break in what has become a kind of rolling grassroots labor action. They are holding out for better pay, a once in a lifetime chance to even the balance. This is a unique time for workers to close the wealth gap. 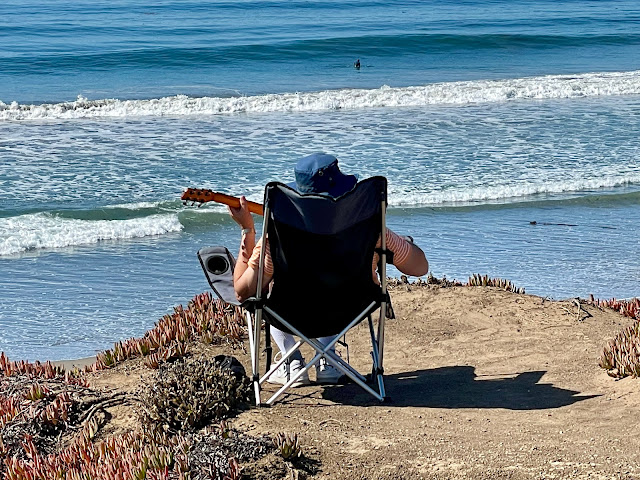 We've all been surprised by product shortages, longer delivery times, restricted hours, brith pains of a profound change in the economic equation.
Burned out, stuck in careers, piqued over a lack of management concern, fighting for child care, wanting more pay, and more respect the work force understands they are needed. They know they have a bargaining chip, leverage.
During the pandemic employees changed attitudes about  work, where they work, how they work, and how much they are paid. Some have a bit of a savings cushion since they spent less over the last year and half so now they wait until they get a better offer. The bidding is on. It is a workers market.
It remains to be seen if corporations, businesses, managers, executives, boards of directors or even congress act on increasing a minimum wage, paying more equitably, and addressing working conditions. A shift seems to be underway. 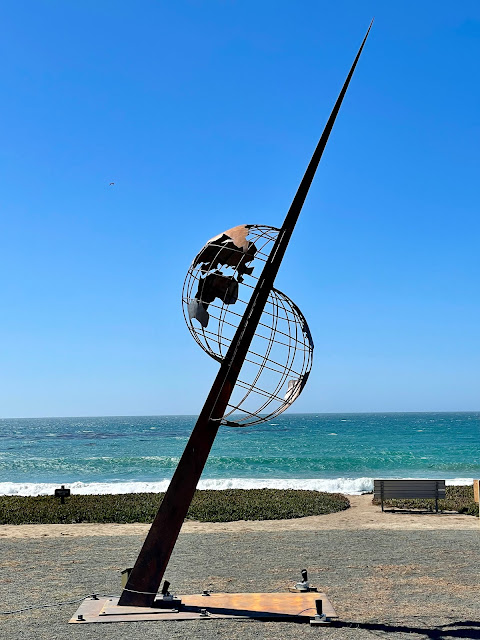 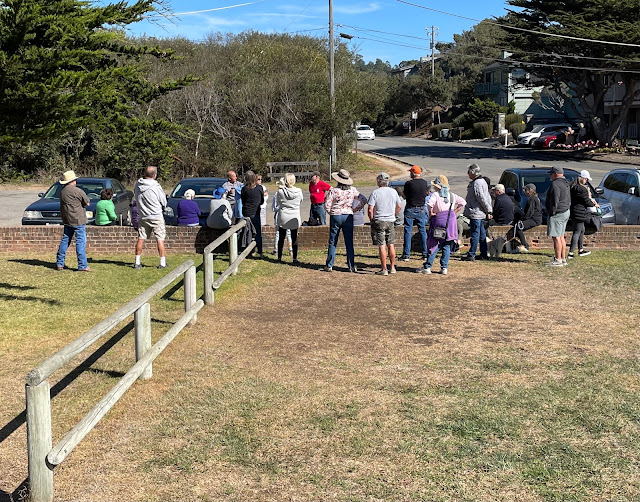 Nothing like a neighborhood issue to bring political opposites together.
It can happen anywhere. In this case Cambrians huddle with a parks official to let him know their opposition to a plan  from another neighborhood. 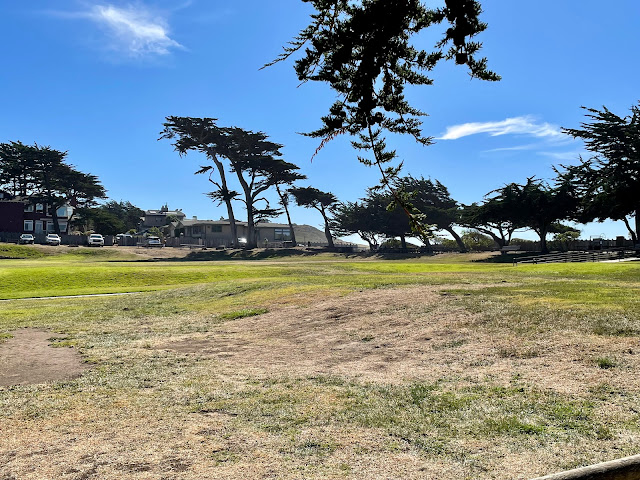 Non-neighbors want to turn the local park, a well used and popular picnic ground busy with weddings, reunions, concerts, parties, dog and human exercise, and just chilling, into a pool where she and her friends can swim laps. 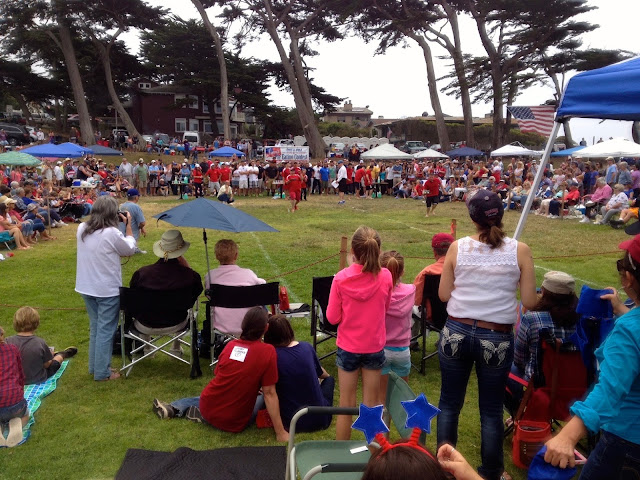 It's also home to the traditional Fourth of July festivities, 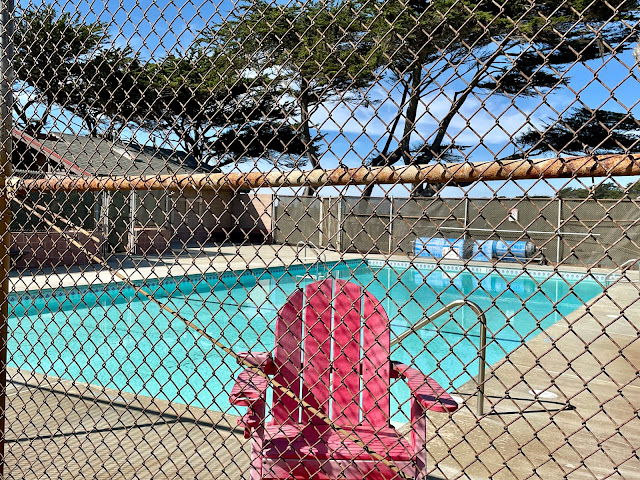 and it's already got a pool. Doesn't matter to the fomenters who want a new pool, their lap pool, in someone else's back yard. So, opposites on other matters make alliance on this one. 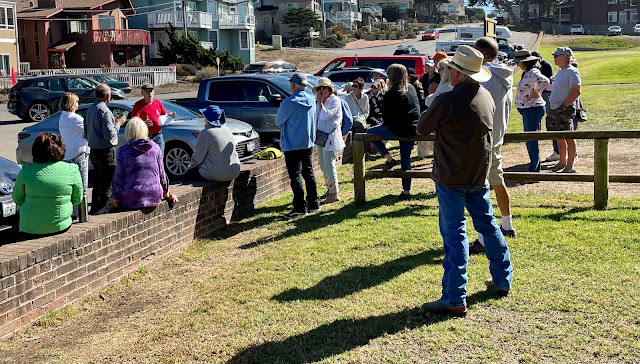 If it happens here, there is still hope. 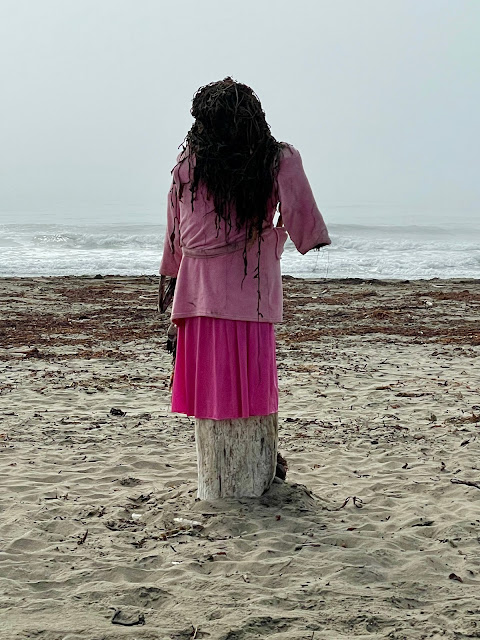 As our quiet village and neighboring San Simeon is beset with tourists, acting as erratic hordes and traffic hazards as they take in our annual scare crow festival, I'd like to offer my nomination for the best.
No official entry here. No, this creature is the work of an artist who found a windswept beach, far from mapped displays. You have to walk a ways, out of the way to find it. 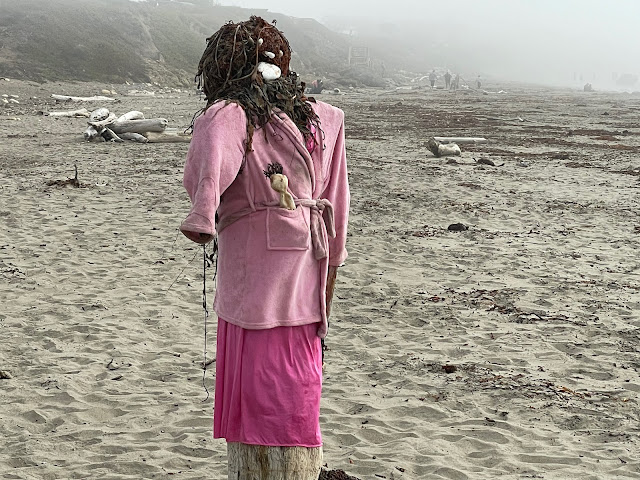 Stay safe. Be patient.
See you down the trail.
Posted by Tom Cochrun at 11:03 PM