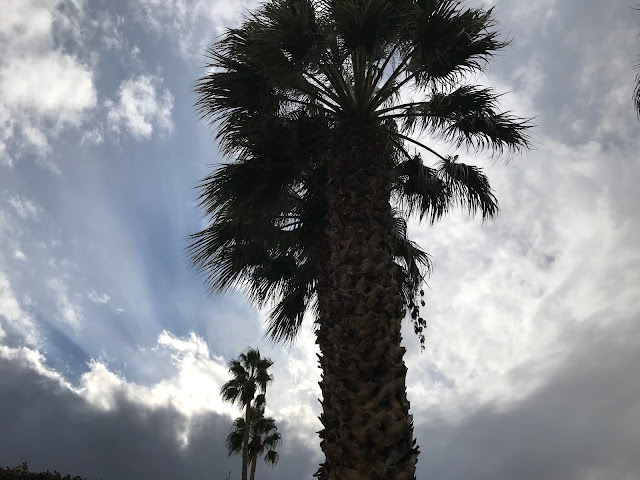 Have you noticed the changes swirling around us as we re-enter life?
Our friend Marcos, visiting from Scottsdale, watched the walkers, surfers and beach denizens on a busy afternoon in Cayucos and observed "I just can't believe how quickly we have gone from such isolation and carefulness to this," pointing to what could easily have been a pre-pandemic California beach scene.
Some express a sense of guilt the US has opened while many nations are still gripped by fear and soaring death rates.
We've heard the callous, those who are dying now "have it coming" because they have refused vaccinations.
People talk about  variants, a possible breakthrough, whether to mask again when flu and cold season return.
And I've noticed we have some remedial work to do in our social skills. After a year and half of limited social contact, listening, waiting a turn to speak, and sharing the floor can all use some polishing.
As we expected, normal is not like it used to be, but we are intent on living it fully. 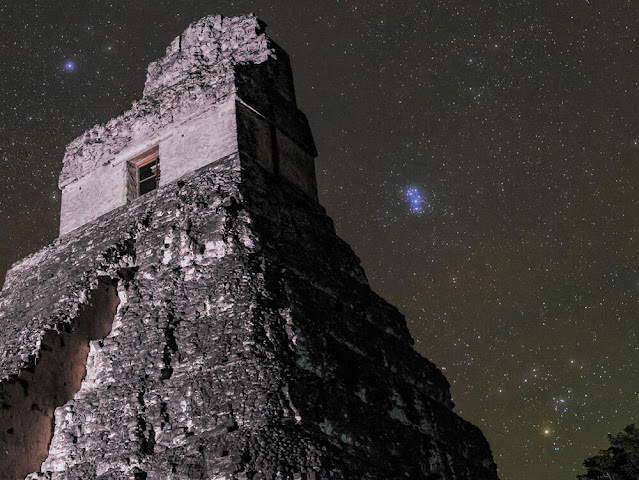 Photo by Babak Tafreshi
The Great Jaguar Pyramid
I was fascinated to see the above photo by Iranian science journalist and photographer Babak Tafreshi. He captured the Pleiades above the famed Great Jaguar Pyramid at Tikal, a Mayan site in the jungles of northern Guatemala.
An assignment took me to Tikal as I worked on a documentary about Mayan culture and the mysterious pyramids of central America.
The Great Jaguar was built in 732 AD and was part of a Mayan capital that existed until 1450. My photos are less sensational, but our videographer captured marvelous scenes. 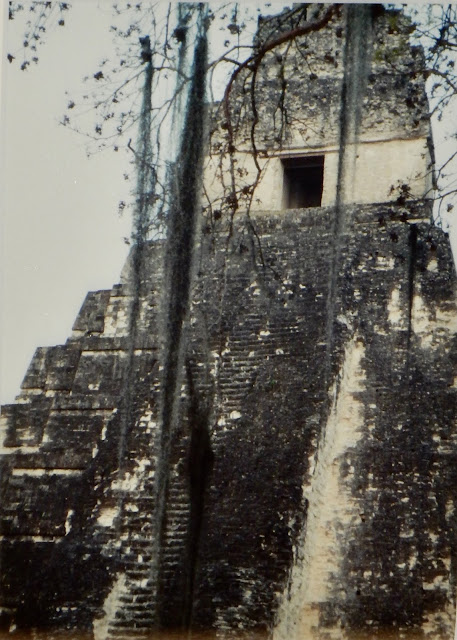 Thought to be a funerary temple it is nine levels high, symbolic of the Mayan underworld. We climbed those steep steps, carefully.
There is superstition and legend around Tikal, sometimes referred to as the place of voices. I have a theory about that.
Our crew was scheduled to stay at a camp lodge just a few miles from Tikal, but a few weeks before our arrival it was destroyed by a fire as a result of a gun battle between rebels and government troops. We persuaded the local government to let us stay at Tikal in thatch roofed huts used by archeologists when they were working on the site. The only power was from a generator that had to be turned off by 10PM.
When the overhead fans stopped it was hot. We were under triple canopy and the air barely stirred. When the lights were out you could not see your hand pressed to your nose. Complete darkness. And yes we heard the "voices."
The place is infested with Black Howler monkeys. 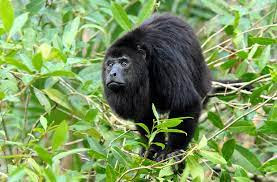 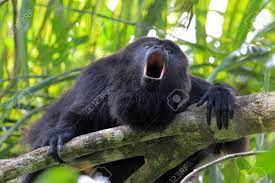 One Guatemalan source says the sound is "like the lament of one of the tortured and bellicose demons of Mayan mythology." It's been described as the sound of the "devil retching."
My memory of sweating and sticking to damp sheets in the stale air of a thatched hut as the Black Howlers climbed over the top of the roof while howling is vivid. In was in that setting I surmised the "voices" were in fact the monkeys. Others who have spent more time at Tikal say those voices are more spiritual. 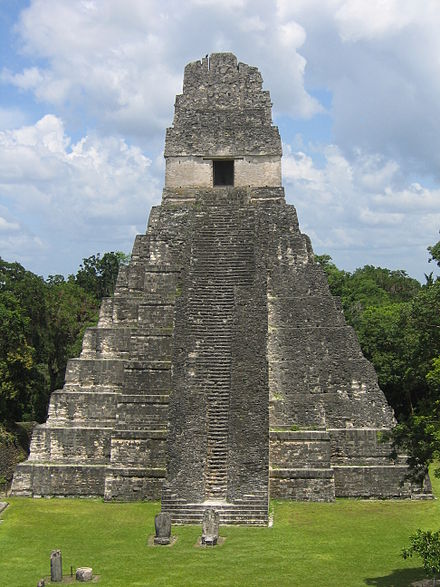 As Babak's night photo reveals, the plaza at Tikal is a marvelous place for night sky, not so in the dense jungle.
Cambria is like that too. In the trees it's not so good, but in open areas our night sky views are magnificent.
I applaud Claudia Harmon and Beautify Cambria's efforts to preserve the heritage of seeing our celestial neighbors.
Cambria has its share of astronomical photographers and I wonder how many of us spent more time looking at the stars in the last year and half. 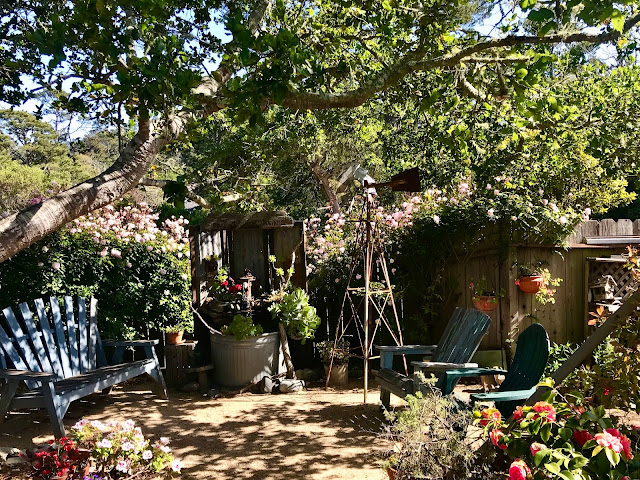 How are you and your pod fairing in the changes of reopening? In our case we helped hold on to sanity by gathering with a 4 other masked friends every other week in either a court yard, back deck, garage in inclement weather, or Diane's delightful back garden.
It was human contact in a slightly more relaxed context. At a time when we were wary of being too close to others, it was wonderful to be with friends. Now that we can dine out, shop without masks and enjoy being vaccinated, we still like to return to Diane's because it's just lovely.
That's another Cambria blessing isn't it? We have so many lovely gardens, meditation spaces, places to sit and enjoy.
I'll let you in on a little story about surfing these currents of change. Our little pod decided we'd take a lunch out. First week it was grand, and not surprisingly we ran into other Cambrians we had not seen for a while. Emboldened by that we thought we'd try again and at a what had been a neat little place by the water, but out of the village. We arrived to find the afore mentioned Diane sitting on a bench, having gotten there 30 minutes early to put in our names for a "45 minute to hour wait."
We all assembled and stood around wondering if we were in a crowd for an amusement ride or maybe kayak rental. After another 20 minutes we were told there were still nine parties in front of us. Enough of that, we bolted for the place we had been successfully the week before only to be told it would be "45 minutes to an hour."
Starting this week, we are back to each other's deck, court yard and Diane's garden.
Guess we had forgotten that "normal" sometimes meant "the wait will be about 45 minutes, we'll call you when your table is ready."
Bet there's a table or a bench or chair closer to home and with no wait. And Cambria is as lovely as lovely can be.
See you down the trail.
Posted by Tom Cochrun at 7:32 PM