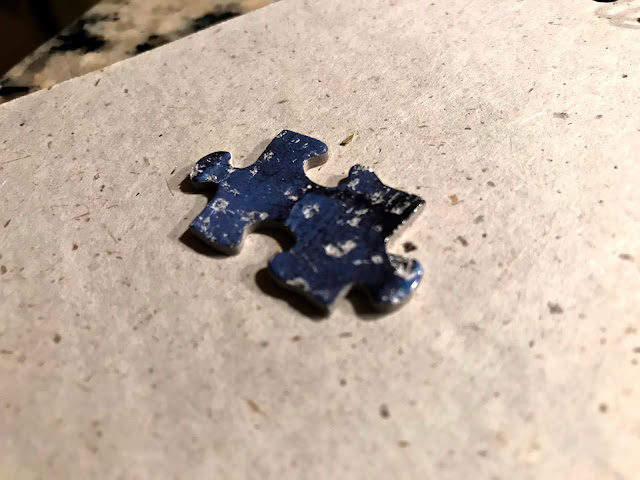 Senate Chaplain Barry Black spoke a wisdom when he said "...words have consequences..."
In more than symbolic terms it was the missing piece of the puzzle, like the piece above. It was found on a parking lot. Imagine the reality that imposes on the person trying to work the rest of that puzzle some place.
What Chaplain Black said is akin to the nose on each face in the US. It is there in front of us.
The Senate minority leader Chuck Schumer observed that as Adam Schiff was wrapping up a day of making the case for removal, Republican Senators sat in rapt attention, listening to his every word.
Schumer said then and many nonpartisans have noted since, it was perhaps the first time these Republican Senators had heard details, the truth, the story and thus the case to remove. Words. They were powerful words. They revealed pieces in an impeachment and political puzzle.
We live at a time when a particular ilk have weaponized words; in politics, media, social networks and amongst one time friends, now divided by words, often ignored or spoken with malicious intent. 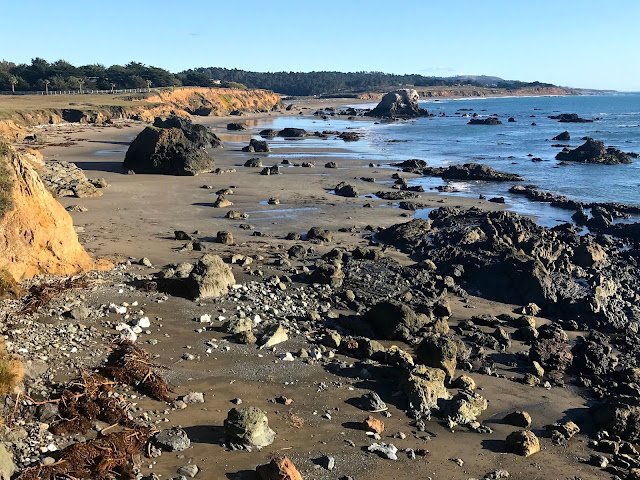 These are challenging times in the US, and the path forward is strewn, our footing is not always certain. Words are the engine and the means of both our divide, and perhaps rapprochement.
A lasting impression of our travel in Ireland is the inherent value of language and the power of words and all that is constructed on that foundation. Words, and how they are used, and what they say, matter. 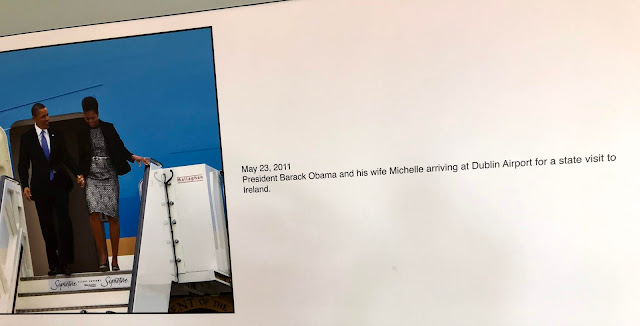 Wall poster at Dublin Airport
Donald Trump is not revered, nor is he respected. There are no warm memories of him adorning public spaces in that distant land, home to so many ancestors. 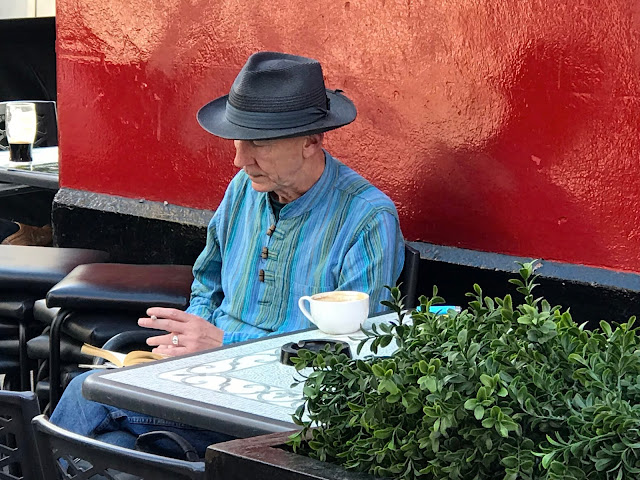 Something so easy to love in Ireland is the love of words and writers. 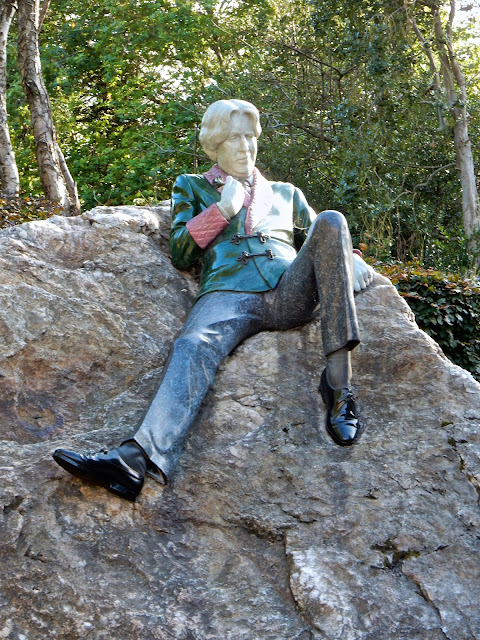 Oscar Wilde
Where else might you find such as this, a statue memorial to a writer? 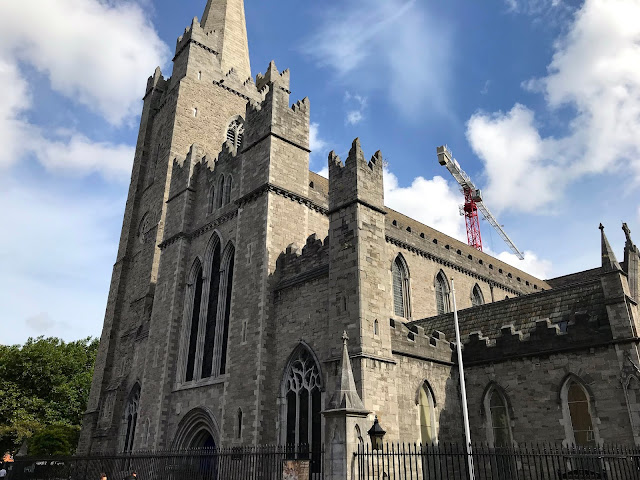 Historic St. Patrick's Cathedral has a fascinating literary side story. 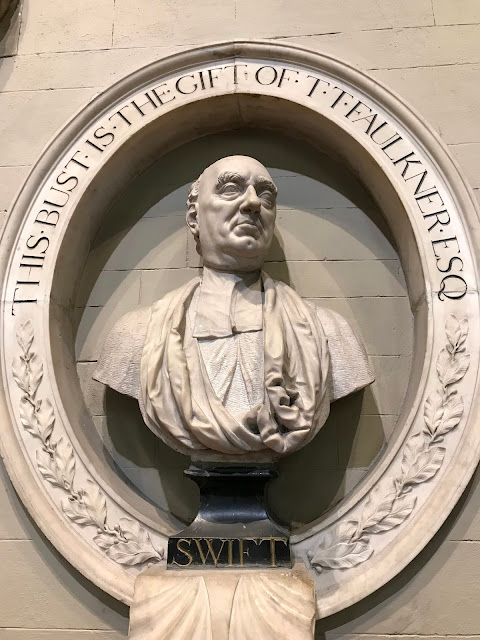 Jonathan Swift is recognized for his work Gulliver's Travels and to a lesser extent his essay A Modest Proposal.
Not so well known, perhaps, he was also the Dean of St. Patrick's, a position he was not entirely happy about. 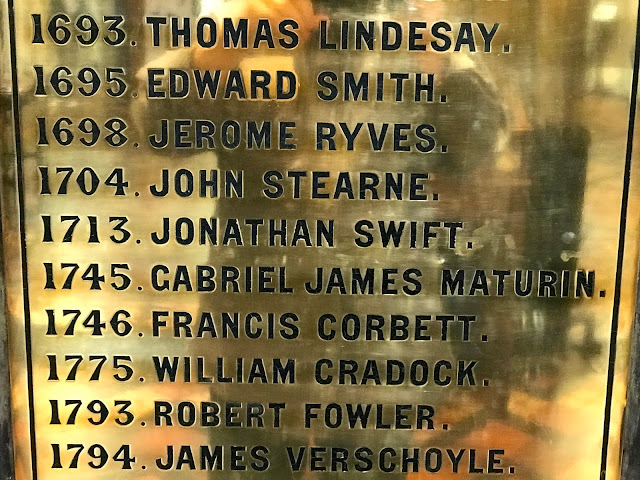 He had a long tenure at St. Patrick's though he probably desired a posting to London.
He was a cleric who also wrote satire, essays, poetry, political pamphlets.
He intended to provoke and used satire, sarcasm and wit to prompt the establishment into action. He was especially mocking in pointing out the indifference to the poor and the problems of starvation and poverty.
His masterful use of words, angered those in power and so he was posted to St. Patrick's in his birthplace of Dublin.
Earlier he spent years in Trim, in County Meath, observed and noted in previous posts in this series. Swift wrote prolifically in Trim.
While he championed the vulnerable, he angered the Queen and people in power. His life story is fascinating and it was marshaled always by words.
He wrote his own epitaph, in Latin. 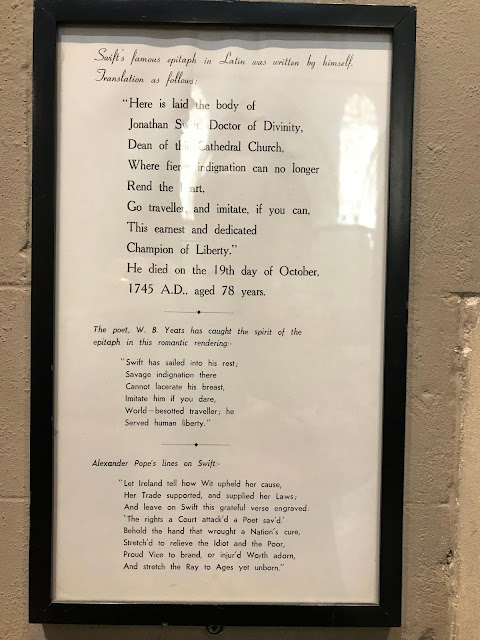 Jonathan Swift is buried in St. Patrick's.  The glare on the image above makes it a challenge to read. Here is what he wrote:
Here is the laid the Body
of Jonathan Swift, Doctor of Sacred Theology
Dean of this Cathedral Church,
where fierce indignation
can no longer
injure the Heart.
Go forth, Voyager,
and copy, if you can
this vigorous (to the best of his ability)
Champion of Liberty.

Swift left most of his estate to a hospital for the mentally ill. Once known as St. Patrick's Hospital for Imbeciles, it remains open and the name has changed. Words have consequences. 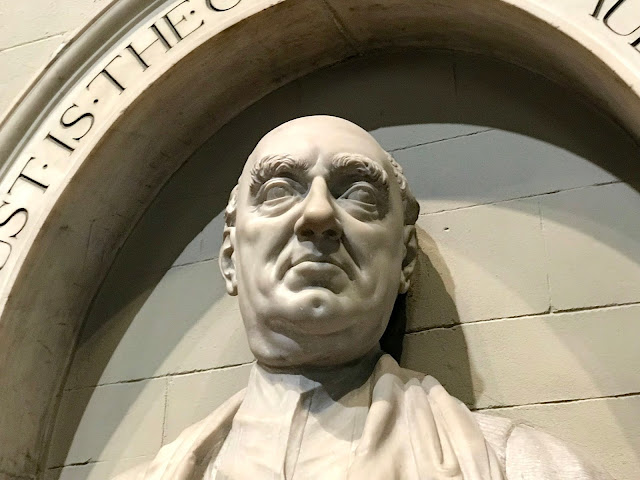 Another Irish master of the word is Seamus Heany, who's words I have used in this series. 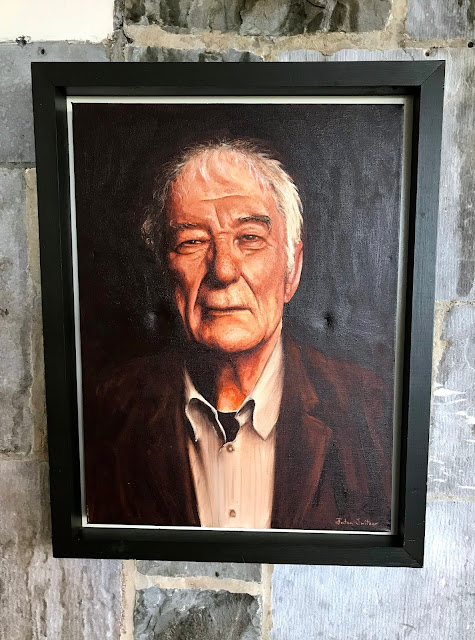 Through out the nation there is a celebration of words and those who have left them. 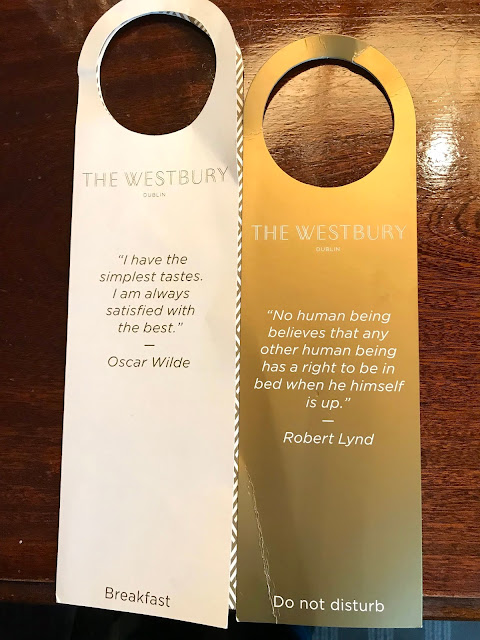 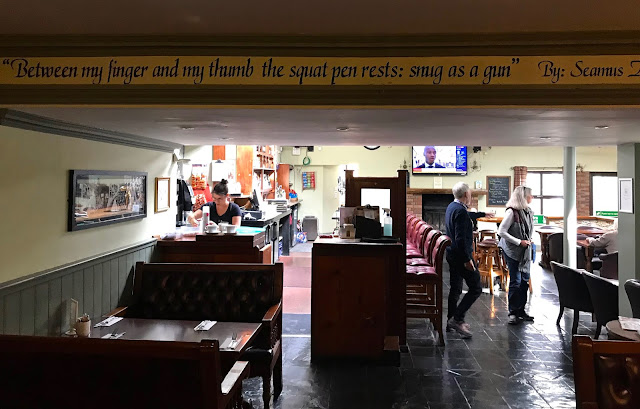 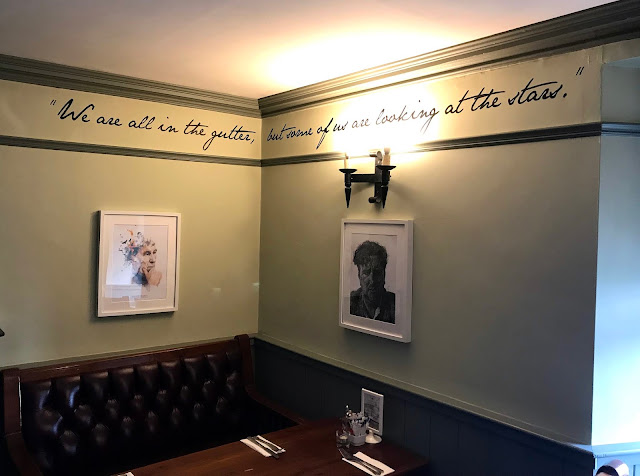 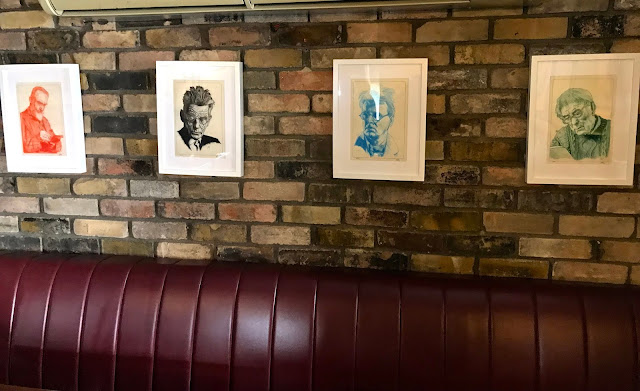 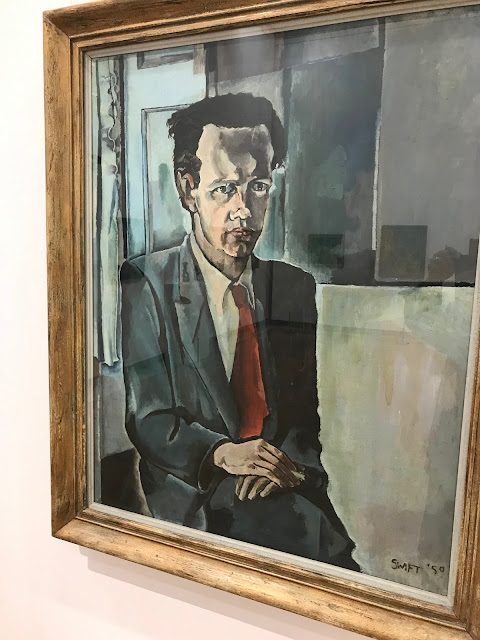 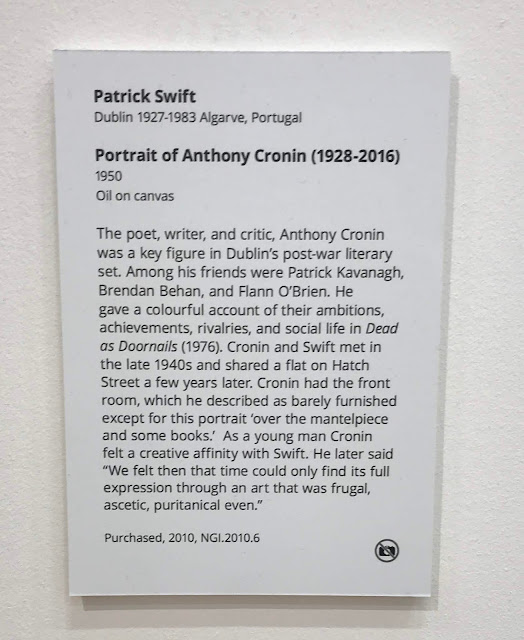 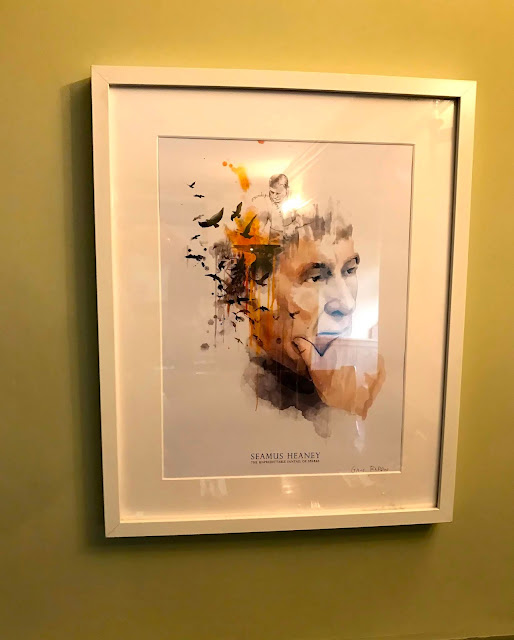 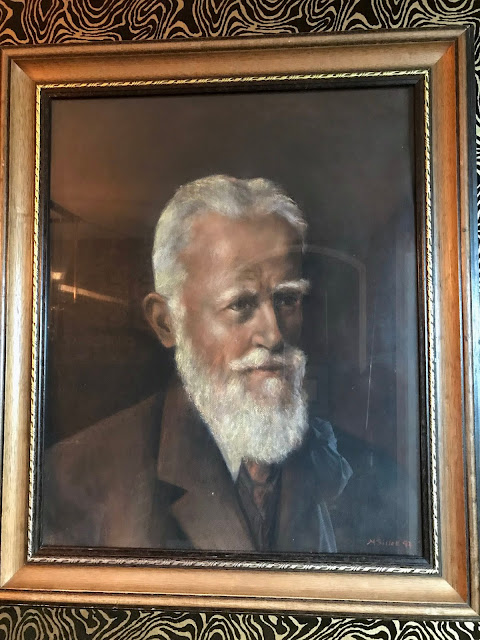 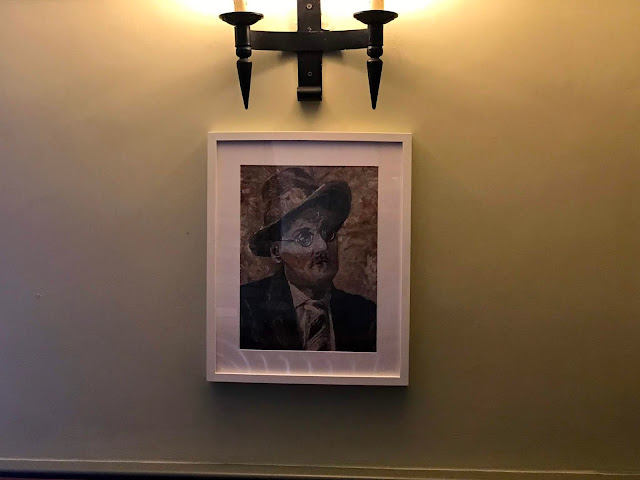 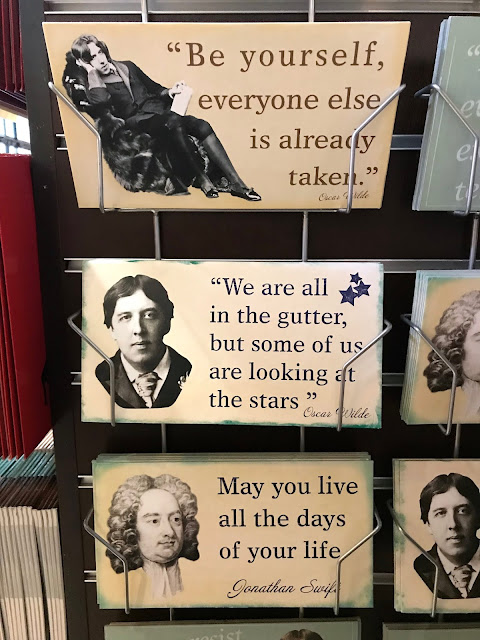 There is a spirit in the use of words, and there is an intentionality. Irish newspapers still purvey significance. 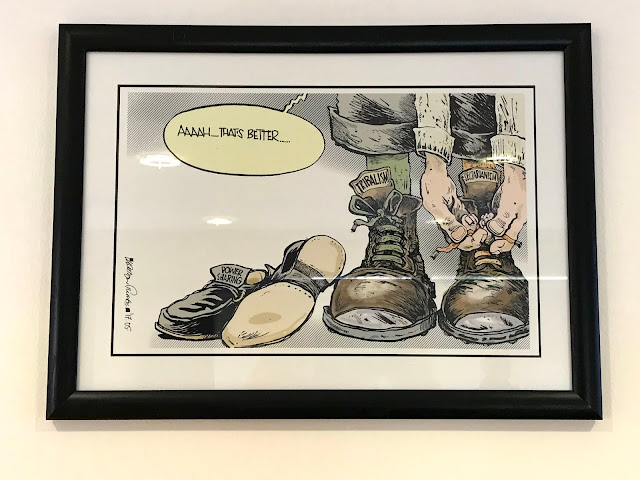 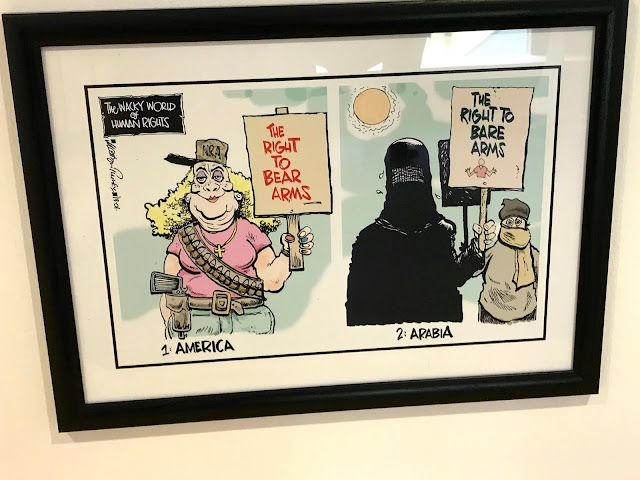 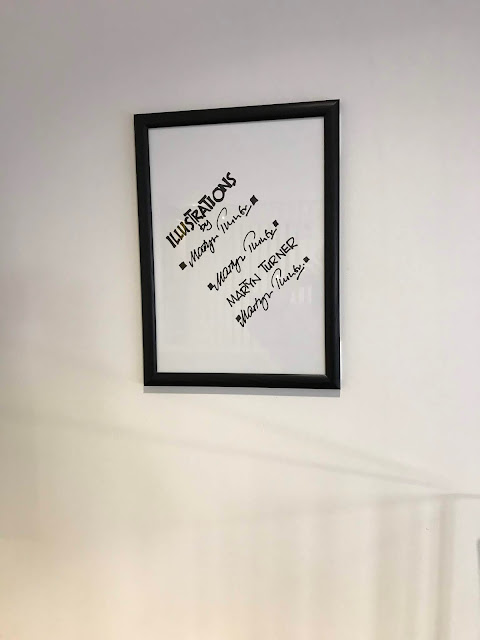 There is much to learn in a land that tells and hears stories, that takes the time to engage, to dig into meaning and purpose and remember and even celebrate the wordsmith.

A unique pub is on our horizon.

In the meantime our word of the day is Removal!

See you down the trail.
Posted by Tom Cochrun at 2:20 PM