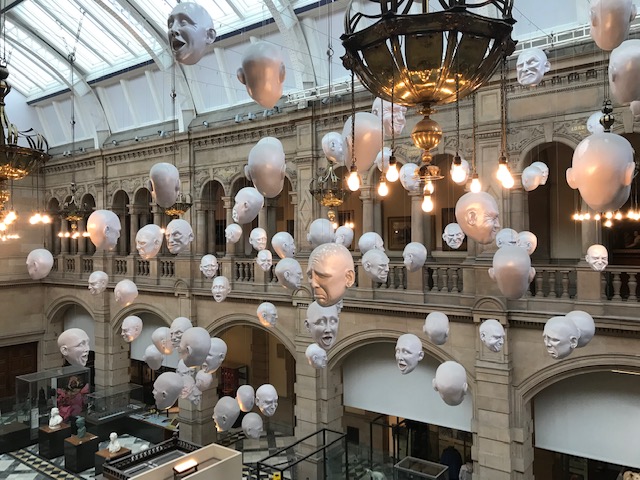 Yea, it's kind of like this. The last three weeks have been reorienting by their therapeutic withdrawal of US media. We haven't given up awareness of events, no indeed, but our orbit has been the extraordinary story of Britain's parliament, Brexit and all of the disintegrating fall out and nuances. 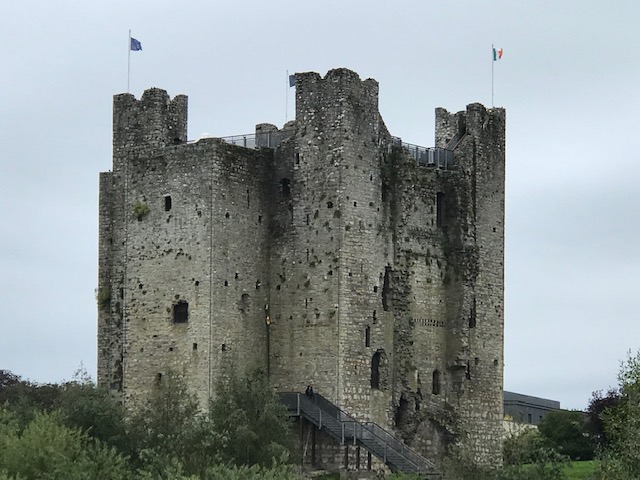 Being in lands with civic and political history that long predate the story of the birth of the US puts a humbling perspective on our junior silliness. There is disorder here as well, it simply has longer and more complicated storylines.
Brexit for example. 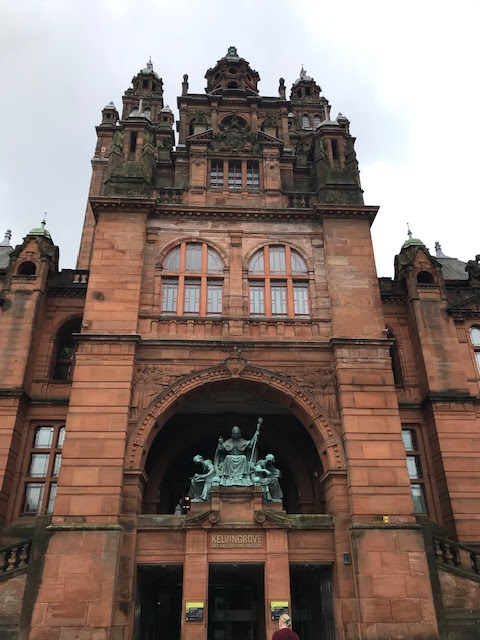 63% of the Scots voted against it. Brexit seemed to spawn from the same swamp of simple mindedness and deception that a former crown colony is presently drowning in and choking on despite that most of its voters rejected the maniac who is driving down the property value and inhabitability of the White House.
Idiocy on this side of pond has a shorter fuse and a longer history. 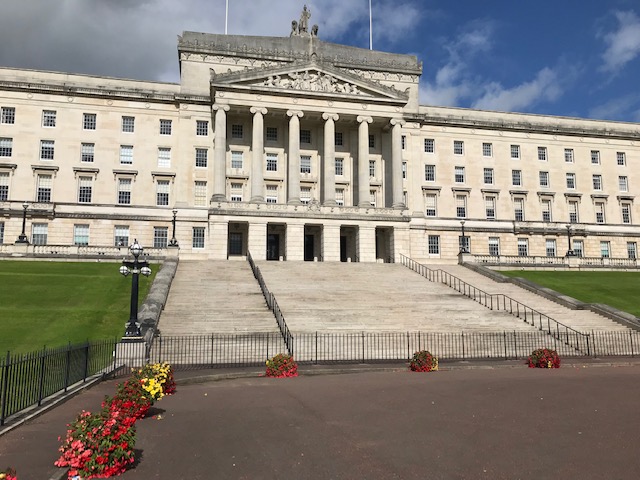 Take this lovely building for example. It is Stormont, the Parliament of Northern Ireland and it has been unused for some 3 years now because the politicians of Northern Ireland can not agree on enough critical issues to hold it open.
If you are of a certain age you recall "The Troubles" with a heavy heart. Now Brexit comes along to make "still uneasy" more ominous. 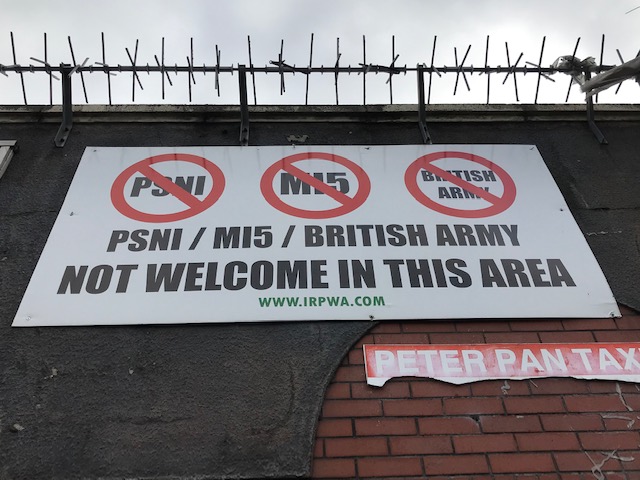 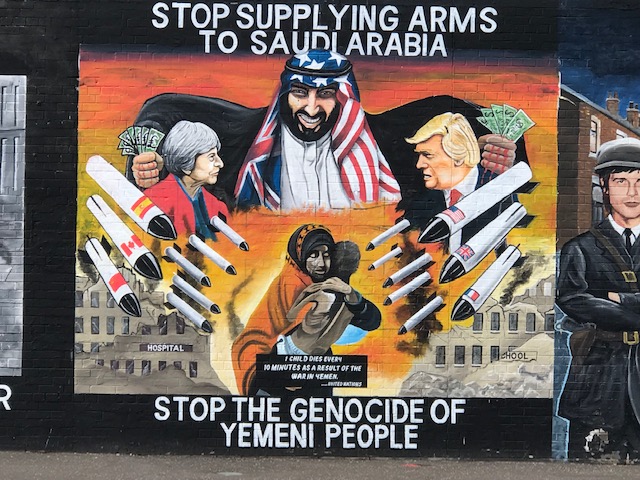 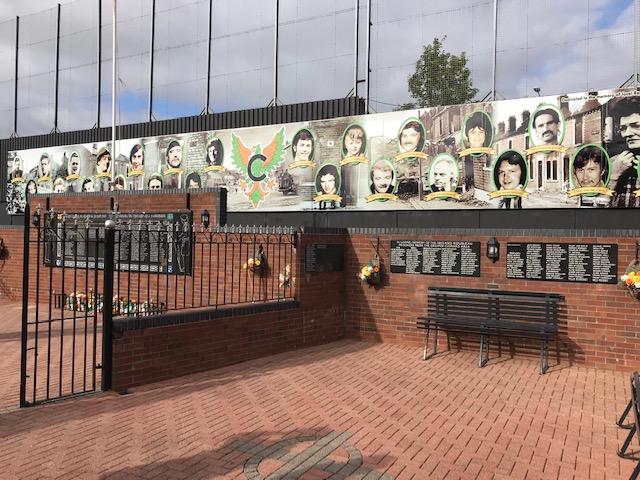 That fence atop the shrine to fallen heroes in the struggle against British domination of the top of the island is evidence of the division that still exists in Belfast and the remainder of Northern Ireland.
Most of this beautiful island is of course the Republic of Ireland, a nation that won its independence in 1949. The Republic was an early member of the European Union. So, you see where this is leading.
Brexit means the soft non border between Northern Ireland, part of the UK, and the Republic is in jeopardy. It is a maddening complication to a stupid reality that the English have been incapable of solving. In the North it is a shakiness and uncertain agent that is absolutely not needed. Making it worse, the English now are led by their own Bozo of the trumpian ilk of incompetence.
So while we have been out of the US Media lair, the seeming unraveling of intelligent government has filled our screens while in Scotland and Ireland. Both nations, despite their own greatness are like invited guests to a party where the host family goes mad and try to drag down the sky.
You in the States have probably paid only passing attention to the complexities of these matters because of course you are in the States where the imagination runs only to the border.
We did catch a bit of the last Democrat debate. How embarrassing! Childish really. Silly. They are playing a dangerous game, dissembling each other, loosing respect and face while a bona fide nut job tans, and loafs and rants his way into the future, such as it is.
We have more to see and do. When we get back to our central California coastal village we'll take the time to share a wealth of image and impression and history.
In the meantime I leave you all with the message I left on the peace wall between Belfast neighborhoods, Peace. It's about the best thing humans should aim for. 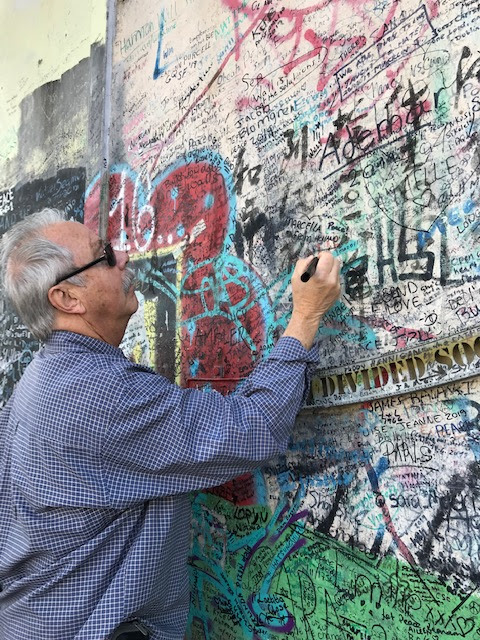 See you down the trail.
Posted by Tom Cochrun at 4:41 PM