as long as we have words

As we struggle with race in America here's an interesting  perspective. Picture last week's victims of police violence and the murdered police officers in Dallas as children. Picture the executioners as children as well. Reflect on that for a moment-once they all were kids, playful, innocent and not yet ensnared in the virus of racism.
I heard author Kwame Alexander pose that idea and it cuts to the heart of the matter.
I've posted previously about KLAN the documentary I wrote, produced and directed that examined how racism is passed through generations. There are moments when children are free from the poison of hatred. Those are moments of hope and possibility. We become discouraged we cannot evolve or eradicate the psychology and seeds of prejudice. But it does happen. In my study of the klan we heard a young daughter of a klan leader say "...they should shoot all the niggers or put them back in the slave houses."  10 years later in a re-visit of the documentary that girl, now a young woman, apologized explaining how wrong she had been. But it came with a price. She was rejected by her father and thrown out of their home.

a hot summer in the city
It was during an earlier season of racial tension when cities were erupting. Dick Lugar was still a relatively new mayor and Indianapolis was in a metamorphosis from an aging rust belt old industrial city to the dynamic place it has become. This was in the early gearing up of the change and there were urban illnesses. His young team of visionaries were treating those malady's bit by bit while constructing a larger dream. It did not help that Cincinnati, Chicago, Gary, St Louis, Columbus, Dayton and other neighboring cities were in varying degrees of trouble and disintegration. It was a time of powder kegs.
Indianapolis threatened to explode because of sparks coming from an area known as Highland Tech, an old neighborhood that had changed. It was near the Women's Prison, Arsenal Tech, the state's largest high school and bordered by business and industry that had eaten away at a once staid area. Now working class and those barely escaping poverty, black and white mixed and there had been shootings and violence in the streets and alleys. Race violence was suspected. The Black Panther party was thought to be responsible, or so the rumor and "consensus" had it. That was not the case.
I spent two weeks walking house to house in the troubled area, morning, afternoon and evenings. I talked to everyone who opened the door, some would not, out of fear. I stopped people who were walking, talked with gaggles of people in alleyways, garages, on porches and street corners. One on one and with groups, black, white, those who were new to the neighborhood and long time residents. I spent time talking with Panther leaders. I learned the truth and it was something different than most people thought.
The Panthers were not involved. In fact the shootings and and violence were the result of a couple of gangs, one a notorious white motorcycle outfit. They were warring over turf and a drug trade. I reported that. It was news to the police department and to activist groups that had been ratcheting up on a false premise. I was thanked by the Mayors office that began to work with neighbors and a neighborhood association, armed with the knowledge of the reality on the street. One racial tinderbox defused, by facts and rationality.
Presumptions are akin to prejudice. Both are dangerous.
America needs cool heads, honest talk, frank conversation and a government that is willing to work.
cooling walk 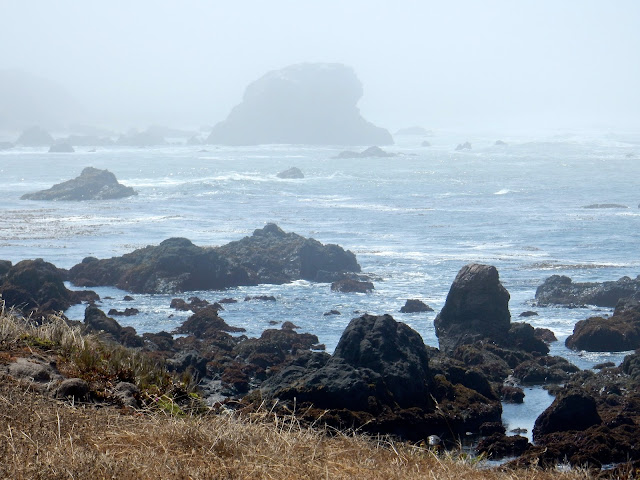 As swelter and bake describe conditions where some of you reside LightBreezes provides cooling scenes. 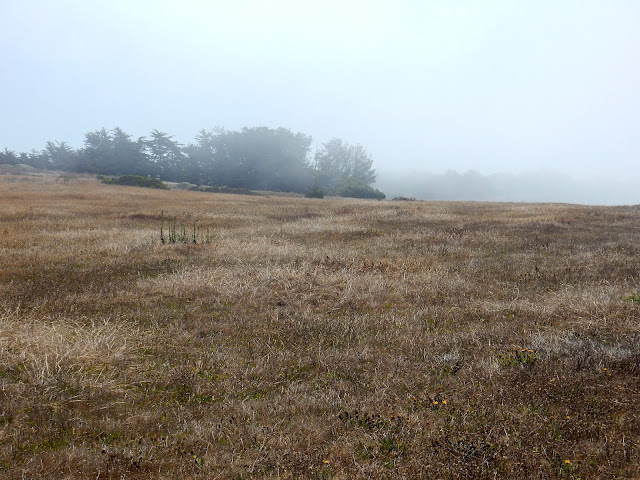 Though blue sky and bright sun adorned our ridge a stroll along a Pacific bluff trail in northern San Luis Obispo County presented a cooling marine fog and brisk breeze. 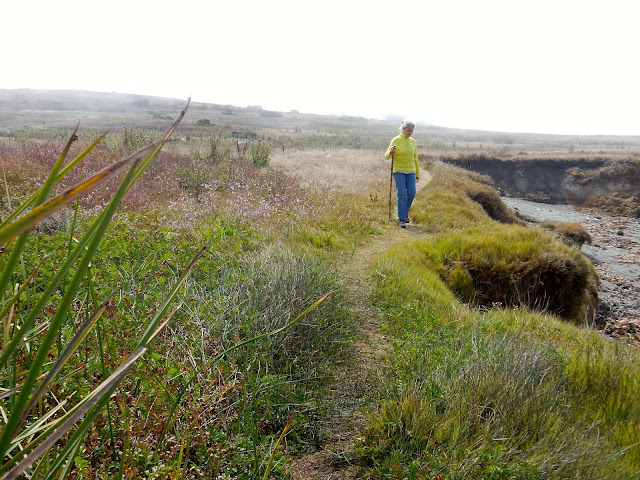 A wetland, fed by a spring creates a vibrant verdancy. 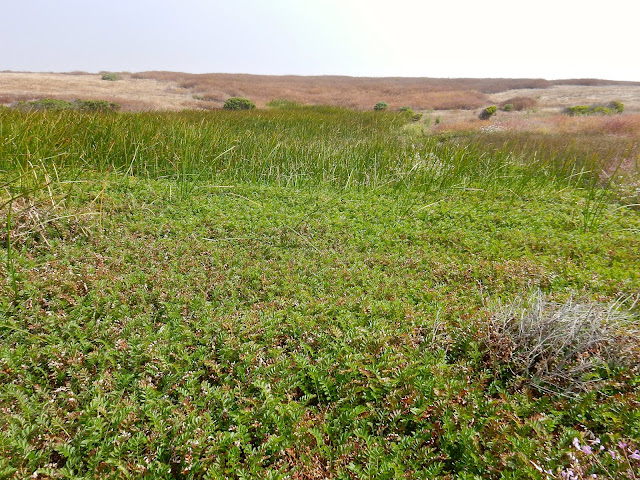 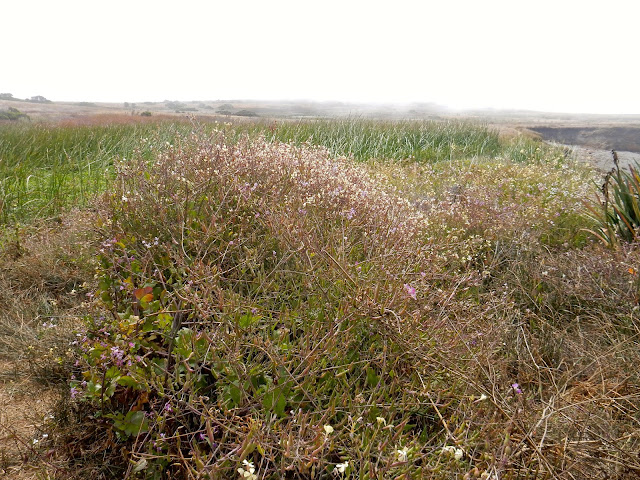 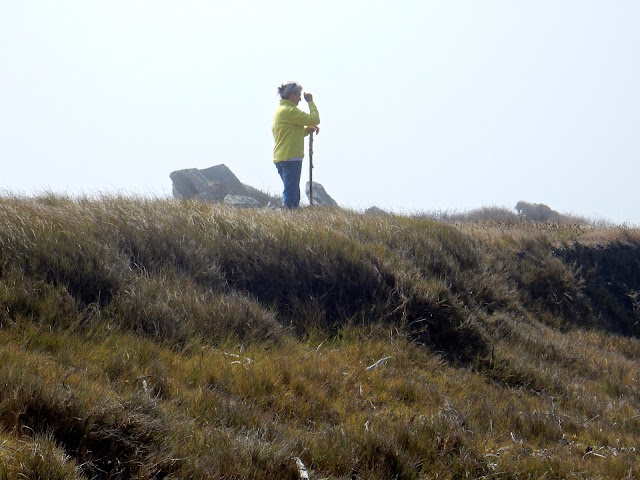 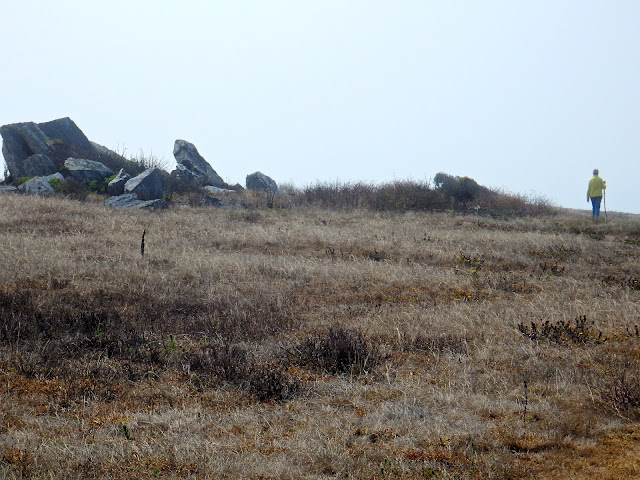 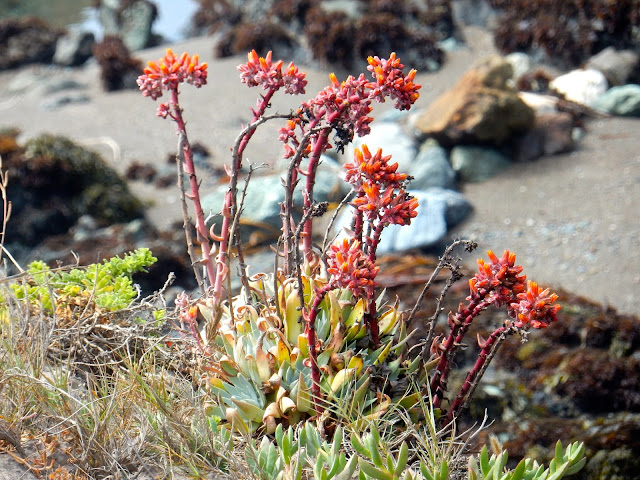 See you down the trail.
Posted by Tom Cochrun at 8:16 AM