WELCOME BACK TO THE 21st CENTURY 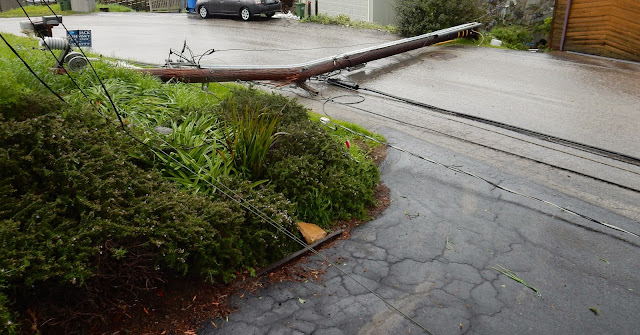 About 3:30 AM Monday Lana said it sounded like something fell over in the garage. I mumbled groggily about the cats and went back to sleep.  A few hours later I spotted this. What she heard falling was the power pole with PG&E, Charter and AT&T lines. 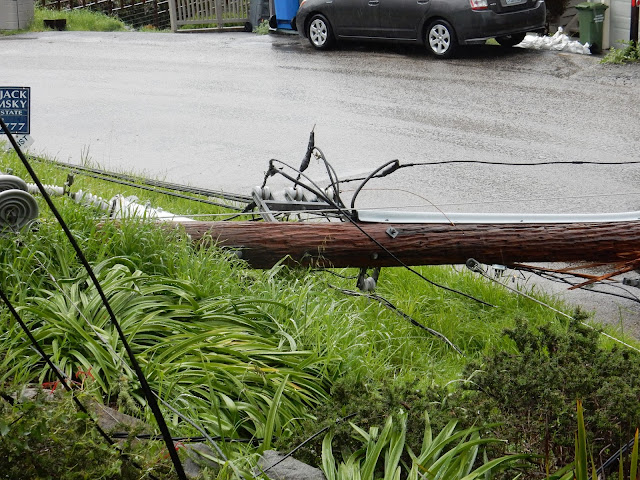 We were back in the old west and stranded. We were unable to leave our driveway, even on foot. The road was closed as well. 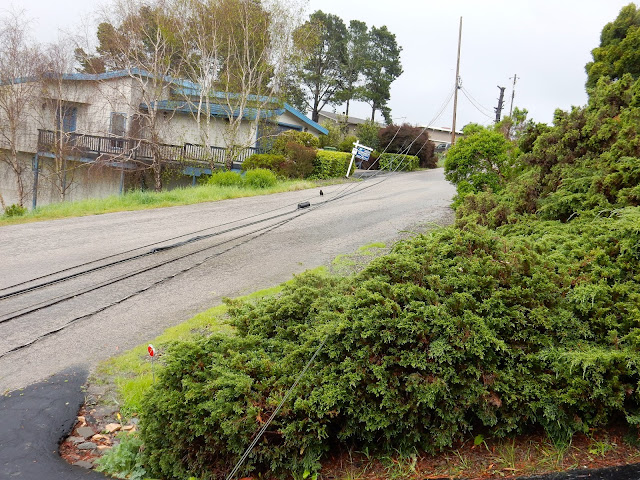 Some 12 hours later a PG&E crew that had been following the storm damage down the coast showed up and began the first step of liberation, cutting the lines across the drive and removing the downed pole. 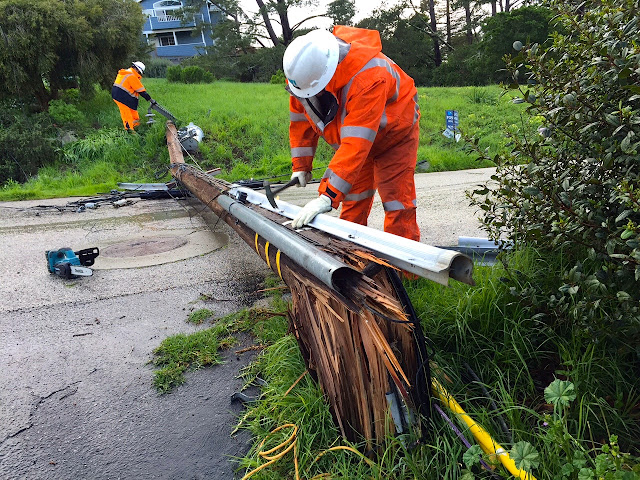 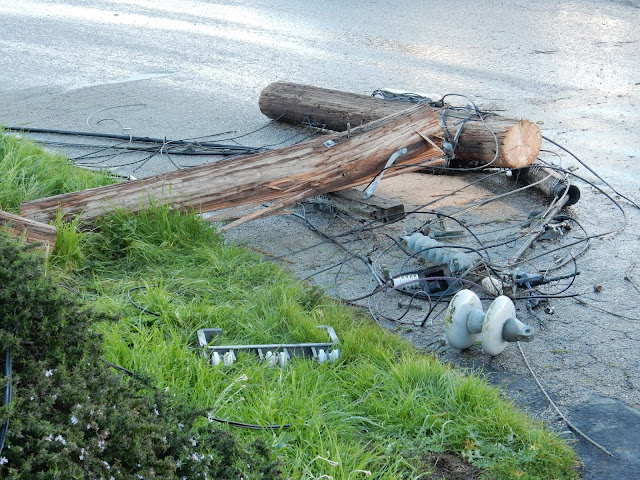 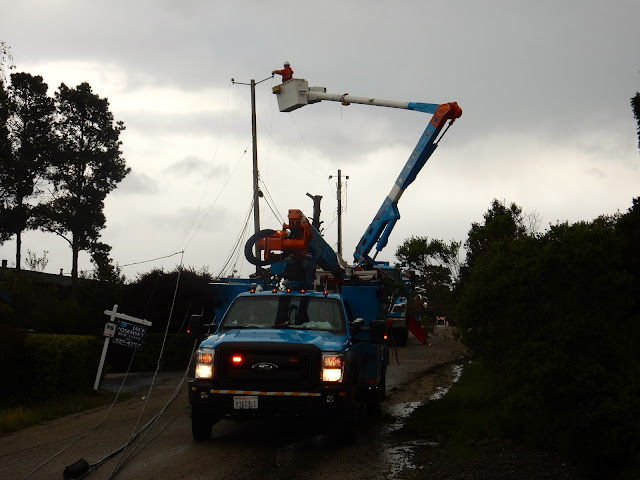 Fortunately our gas fireplace and gas range permitted us some heat and the opportunity to prepare warm food as the power remained off into the night. We read by lantern. I dug out my shortwave radio that had been my steady companion on assignments when I was off the grid and in the wilderness or in areas of conflict. 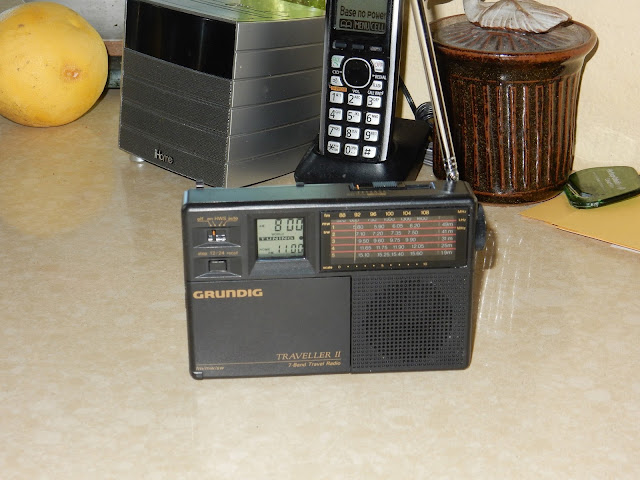 The already tired PG&E crew was surprised to learn a pole was down. Their assignment said lines in trees. None the less they labored on until 4:00 AM Tuesday and after about 24 hours we had a new pole and power again. 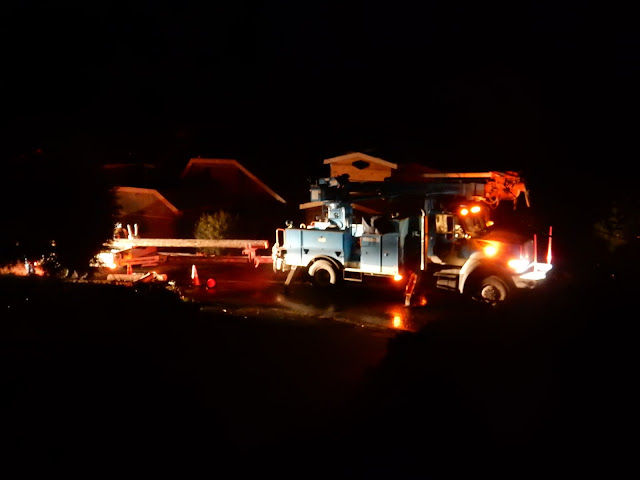 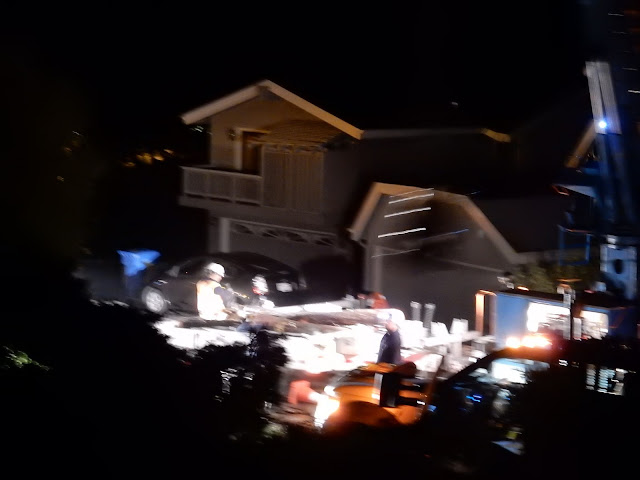 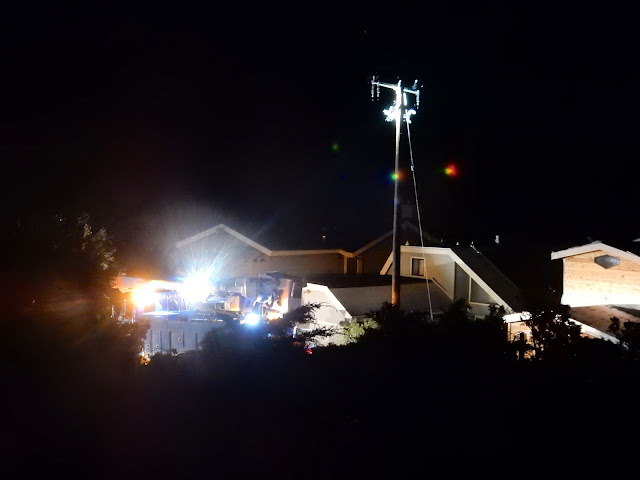 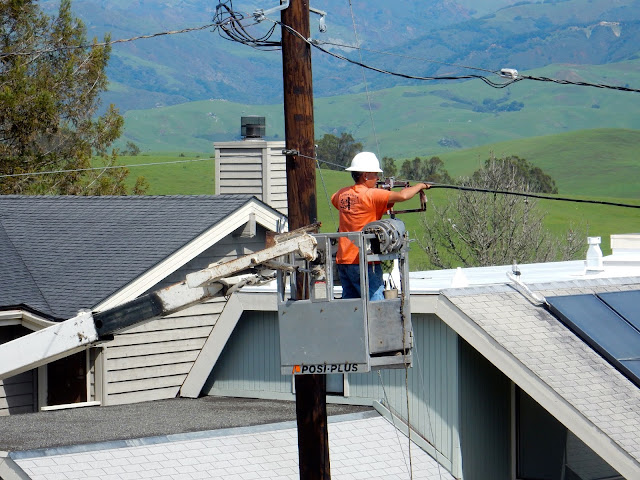 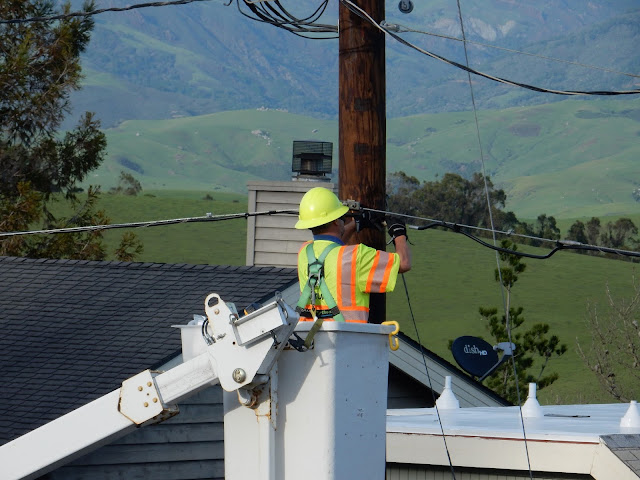 The shot below is of one of my new heroes. Evan was the cable tech who put us back into modernity. He and a delightful local Charter employee Harmony are stars on this street. Neighbors compared notes as we chatted around our drive ways. Trying to speak to a human, let alone a local person over the course of 3 days gave us plenty to talk about. The tech calls were frequently frustrating, useless and it seems we never got a straight answer. When? That is all we wanted to know. Just give us an idea, a guesstimate, tell us something!  Instead we sometimes heard, "we have no report of an outage in your area," a not particularly soothing response, or "turn on your television and tell me what you see." What did they not understand about "my cable is in a mud puddle!?" To be sure there were a few helpful and sympathetic types, but it was not until I was able to speak with Harmony that we finally got straight and knowledgable answers. 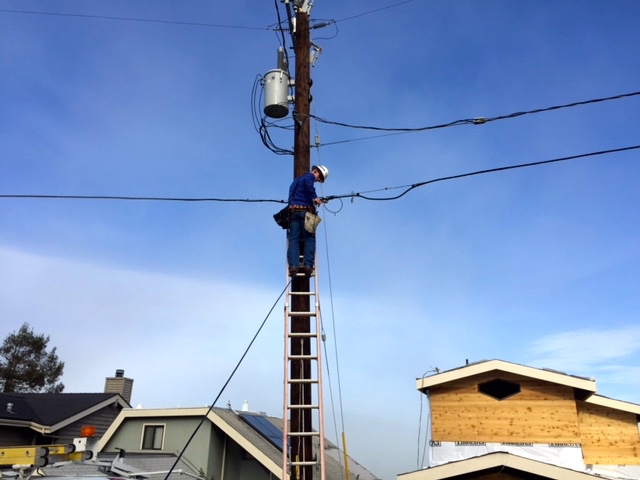 This adventure leaves me with a couple of new wonderments. 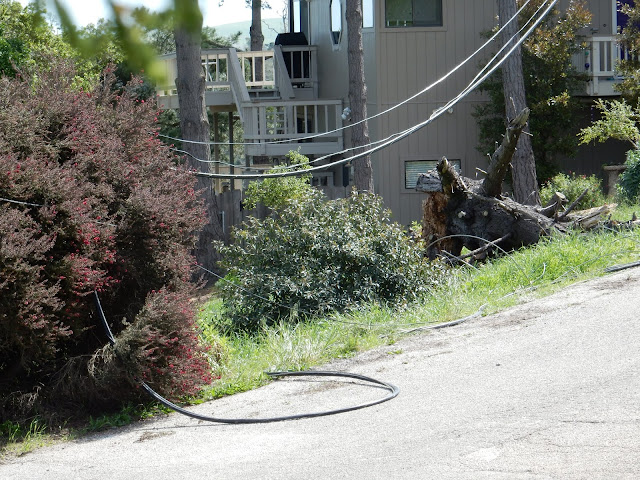 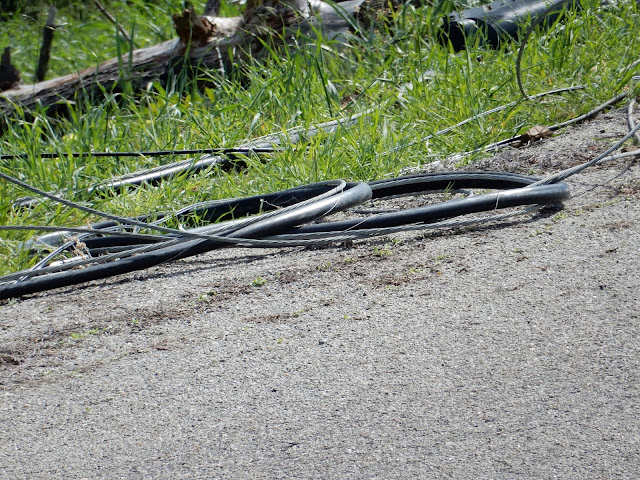 stringing through the area. When the PG&E crews arrived a lot of lines got cut and tossed. So I wonder why there isn't some courtesy or first response protocol that would enable these utilities to watch out for each others back. Shouldn't/couldn't there be a kind of combined mutual protection? There's a lot of useless hardware, cable, lines and etc. Ever the Scot, I see this and calculate loss that translates as increased costs.

Another wonderment is why can't businesses and utilities  respond with greater facility when it comes to keeping customers informed. PG&E has an exemplary service of texting or calling with frequent updates so even though you may be in the dark, you are not in the dark about where the recovery is.

So with lots of reading caught up on we can now rejoin the 21st Century just in time for the beginning of March Madness!

See you down the trail.
Posted by Tom Cochrun at 6:17 PM