A GOVERNMENT OF STOOGES

HE SAID IT RIGHT 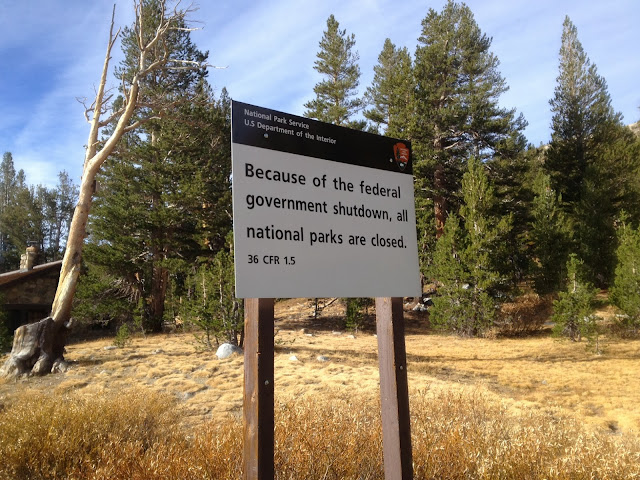 As soon as I started shooting the sign this morning, more than a dozen others got out their cars and began doing likewise. I felt like a translator at the UN, explaining the best that I could.  Japanese, Chinese, Greek, Swedes, Italian and French.  Those who spoke or understood English then translated to a growing crowd of others who swelled the road side crowd. 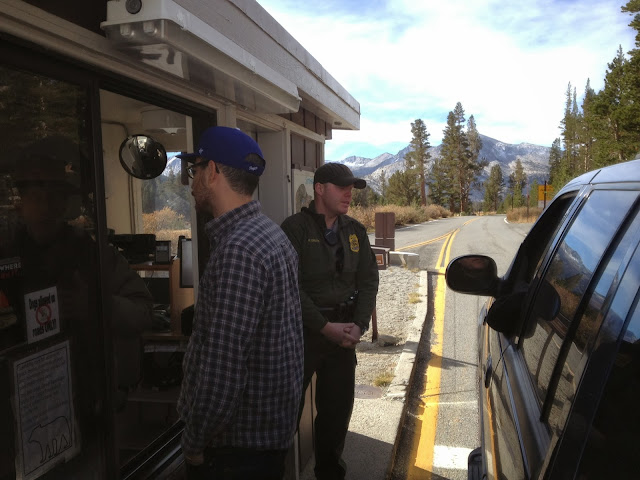 The Ranger Booth at the Tioga Pass entrance to Yosemite was under siege. No one, except those with printed reservation forms were being admitted. The Rangers were doing their best to remain cool and apologize. More than once they sympathized with foreign visitors who were here for what is likely their once and only visit to the iconic American vistas. 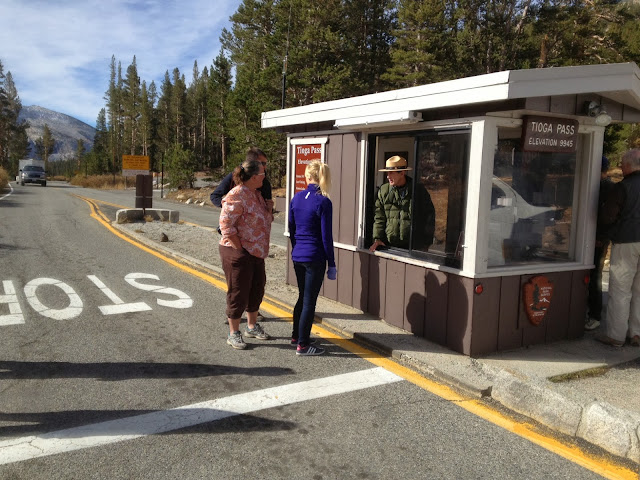 We were saddened for those who will miss the views that should be on everyone's bucket list.  We visit frequently and it was easy for us to shake it off, not so for the others.
He must have been a Russian, at least by my guess of his accent.  He was explaining to traveling companions, loudly as he walked back to his car.
"To close this park.  They are a government of stooges!"
Agreed, I thought to myself. 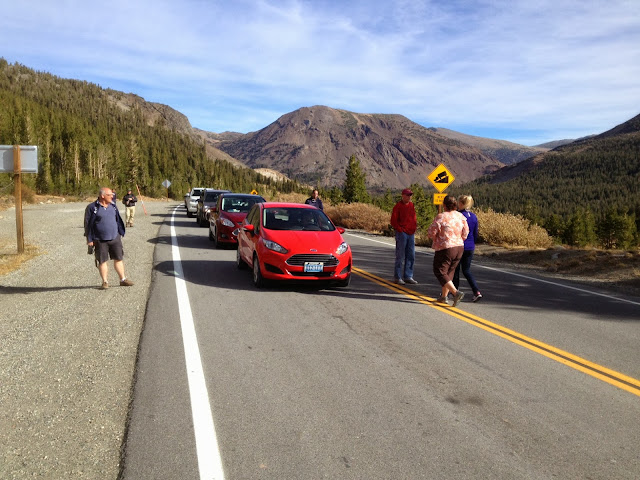 We drove on to other destinations.  On our way out we passed the group of Brits who shared our lodge dining room only an hour or so earlier.  A group of 20 or so had rented Corvettes and are touring California.  There they were, bright, shiny convertibles, in a caravan headed west on 120
toward the gate where the besieged ranger probably wished he could tell the increasingly long line of cars that he worked for a government of stooges.
See you down the trail.
Posted by Tom Cochrun at 3:52 PM