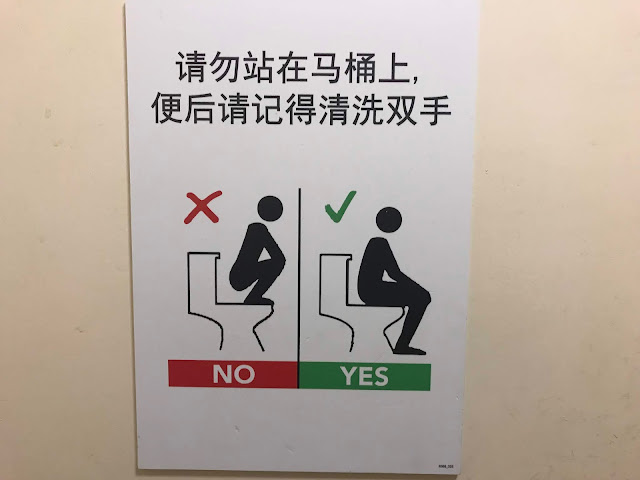 Some times you see things that stop you in mid step.
Not sure I can explain why about this, but such is our world today-inexplicable.

a relationship
in three phases
While staring at the Pacific recently, players walked on to my stage and provided a short drama. What do you think is going on?  Suggest dialogue if you wish. 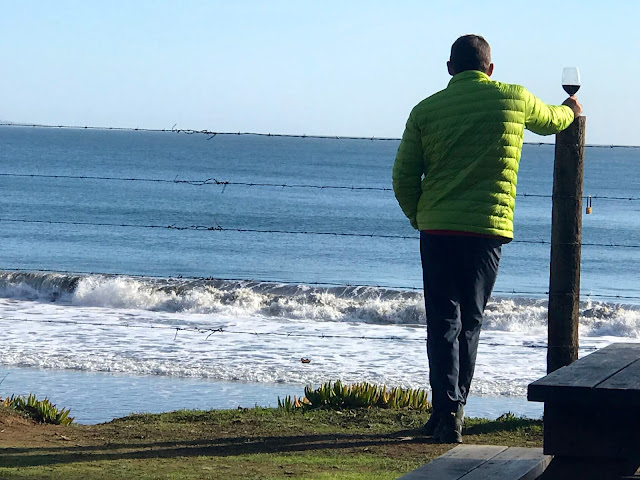 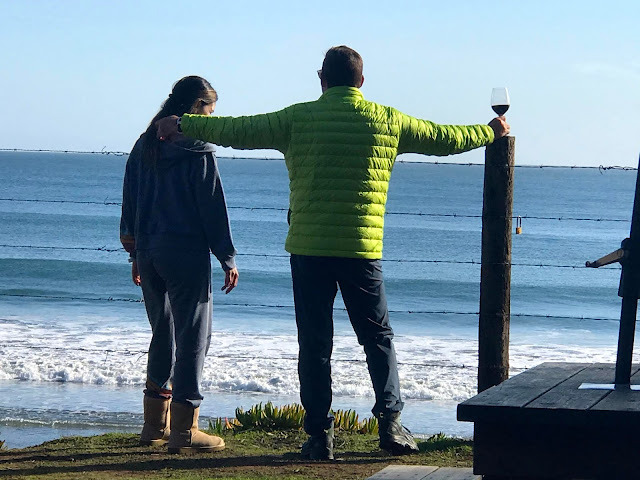 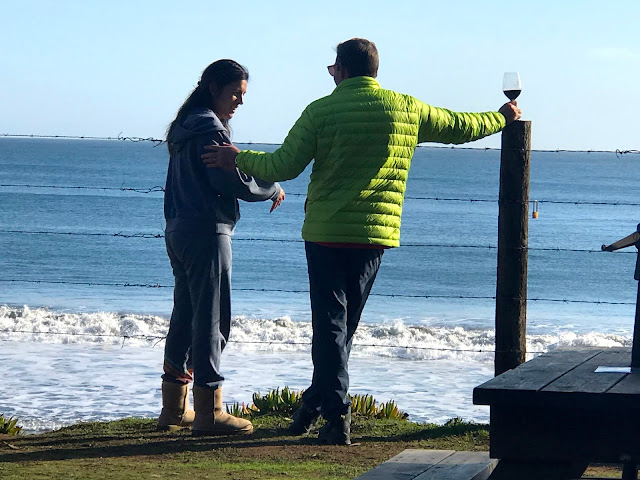 dedicated to-
(the party of your choice)

Frequent readers have seen my reference to the wild turkeys that inhabit our ridge. The other day they seemed to strike a political pose. Again, supply your own captions.

tumbling for the russians

The new acting DNI (Director of National Intelligence) has never collected, gathered, or analyzed intelligence. He is a Trump ass kisser. As this fascist regime continues to plunder 244 years of history, tradition, protocol and law, loyalty to the illegitimate president is all that matters. Tell the truth, especially when it veers from Trumps delusional thoughts, and you are out.
This White House is increasingly under the control of Putin. It is undeniable they did what they could to rig the 2016 and are busy working on this year, but the mad president and his sycophant Moscow Mitch are doing what they can to bury the truth.
Is it time for a coup by Generals and Intelligence chiefs?

the democrats in pursuit of....
just what exactly?
I grew up a political junkie. My parents had worked in government and been involved in political campaigns, so it's probably in the DNA.  But I also enjoy it all. Once I thought politics was our undeclared national sport. Though it has gotten weird, of late.
I covered several Presidential campaigns and many national political conventions. By the time I came off the campaign trail, the conventions had become pre ordained coronations and then devolved even further into simply staged political shows. Well, that could change.
As a kid I watched in rapt attention as delegates gathered with uncertainties about who would be seated, what planks of a platform would be adopted and what candidate would emerge and who he, in those days it was only a he,  would choose as a running mate. It was great unscripted-true reality television.
I covered the change in the process, beginning when Gary Hart and George McGovern engineered a revolution in the Democrat party nominating process, taking the power away from party pros, bosses and the smoke filled room and giving it to delegates via a process of primaries and caucuses. The Republicans adopted their own form of delegate voting.
Well, kids, it is possible the Democrat Party will have an  unresolved gang fight when they gather in Milwaukee. It's the Super Delegates-the big foots of the party-who could bring the hammer down on or lift up one of those who are presently dicing up each other in the series of faux debates.
A couple of quick thoughts about the debates. Most of them are horrid, not truly debates, engineered to be television spectacles, and frequently presided over by "moderators" who would be more at home on the world wrestling stage.
And shame on the Democrat candidates for taking the low road and emulating the rat bastard winner of the sordid show from the Republican 2016 campaign.
The D's are so eager to gain advantage, a point or a fundraising opportunity, they think nothing of making mince meat out of those with whom they share the stage, one of whom is likely to survive to be the standard bearer with the mission of stopping the rise of Trump fascism and halting the ascent of a dictator.
advice to candidates
Boys and girls, point your verbal weapons at the liar in chief and tell us precisely how you will make things better, and leave the bludgeon work to the vile narcissist who will likely attack you for being the original snake in the garden, presuming he knows that story.
Trust us, we can decide for ourselves about each of you. You need not destructure your party kindred. It is unseemly. You look petty. You loose your cool. It is not visionary. And you are feeding the evil orange king with material to play back. Focus on the mad would be dictator and his hellish fog full of felons.

help wanted-a real national chair
I can't help but wonder how things would be different if the Democratic National Chair was good at his or her job. I  reflect on Chairs who seemed to have control and influence, like Frank McKinney or Paul Butler from Indiana, or Scoop Jackson from Washington, or Larry O'Brien from Mass., who did two terms and was such an operator Dick Nixon's team was undone when they tried to steal information from his office. Remember Watergate? Probably the strongest that I had a chance to watch was Bob Strauss from Texas. If Strauss were the chair he would have all of the Democrat would be presidents on the carpet and maybe even cleaning the toilets, for behaving as they are.
As Judy Woodruff of PBS said, the possibility of an undecided race going into the convention is the sort of thing journalists dream of. True, that. And then a political operator chimed in, it's the sort of thing a campaign operator dreads. True, that too! Stay tuned.
I'm only sorry that someone, not unlike one of the "old pros" from the old days, is not the chair.
These are strange times, like pages from a dystopian graphic novel. It's as though Oliver Stone has assumed divine powers. It's hard to believe.

I repeat, is it time for a coup by Generals and Intelligence chiefs?

another reason to
look up 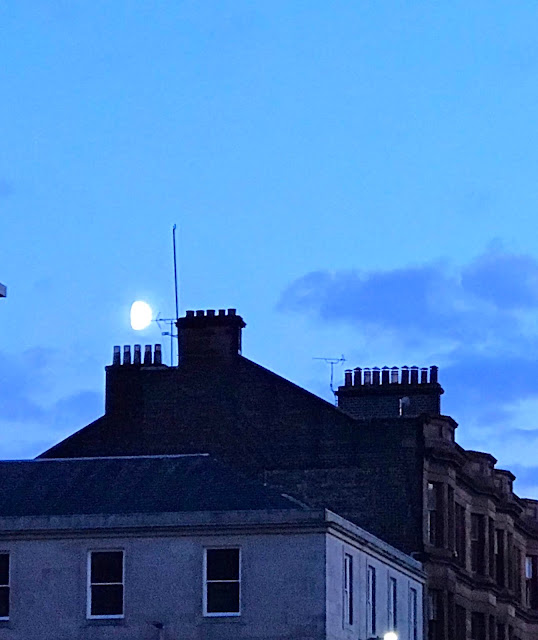 Often during our trip to Scotland and Ireland someone would watch as I was shooting and ask, what I was looking at. When I told them I was fascinated by the chimneys no one really knew how to respond. Sometimes it was a nod of the head, or a repeat of what I had just said "Chimneys," and frequently a version of "oh,..." 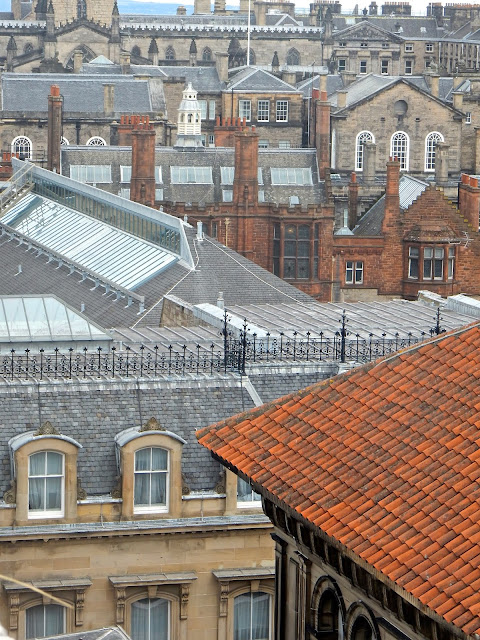 In my California, we don't see such a scale of chimney. 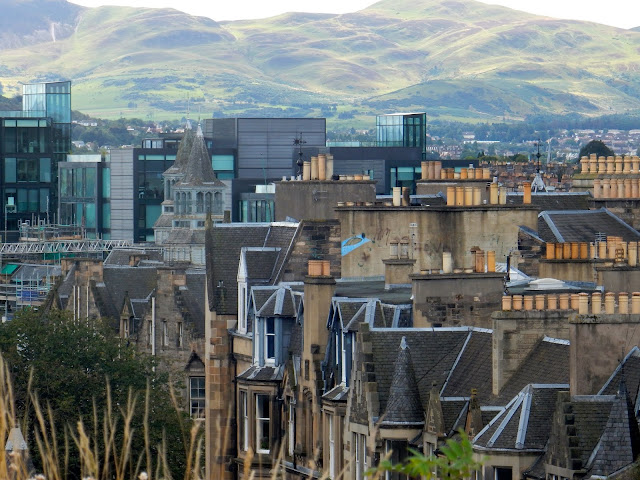 "Up where the smoke is
All billered and curled
'Tween pavement and stars
is the  chimney sweep world." 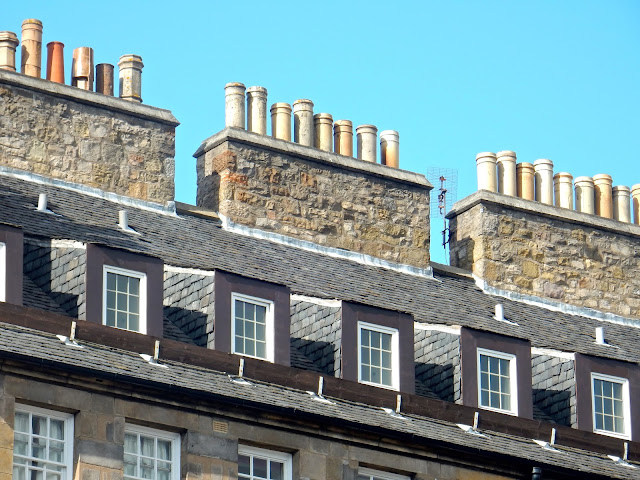 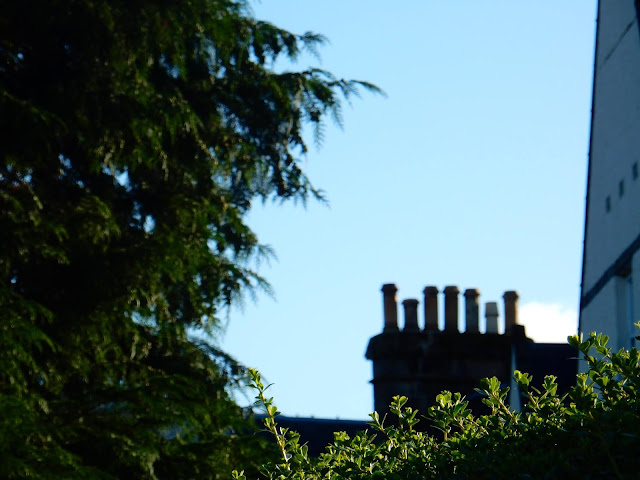 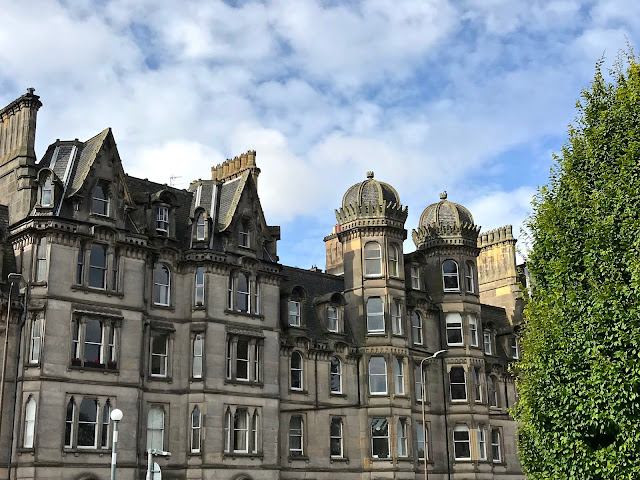 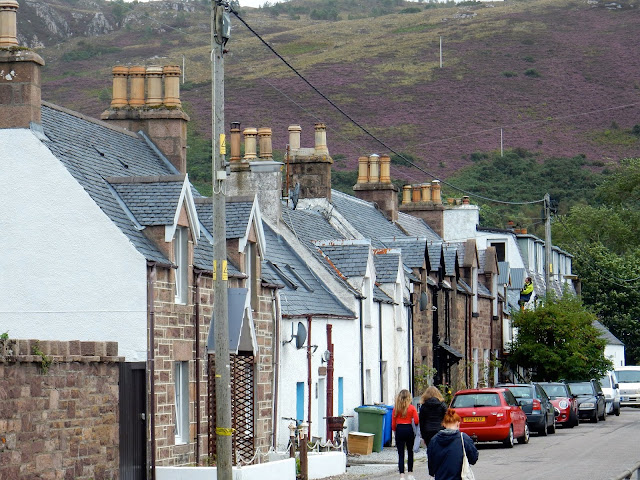 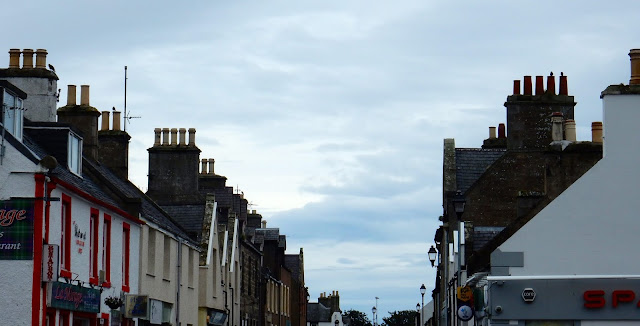 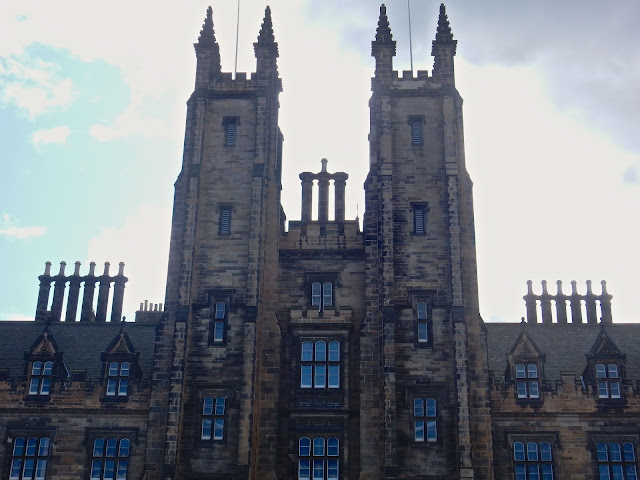 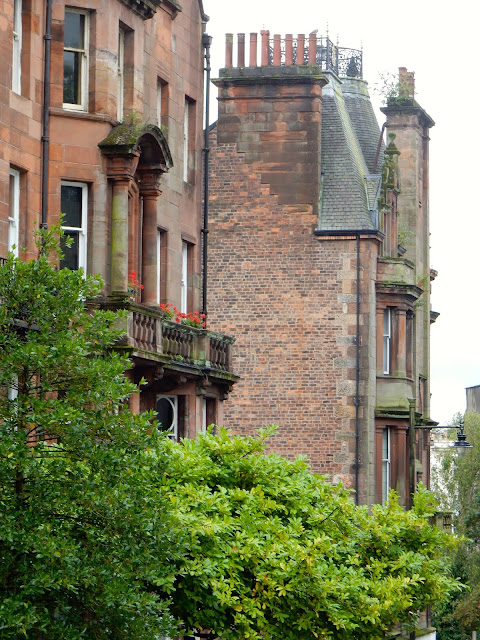 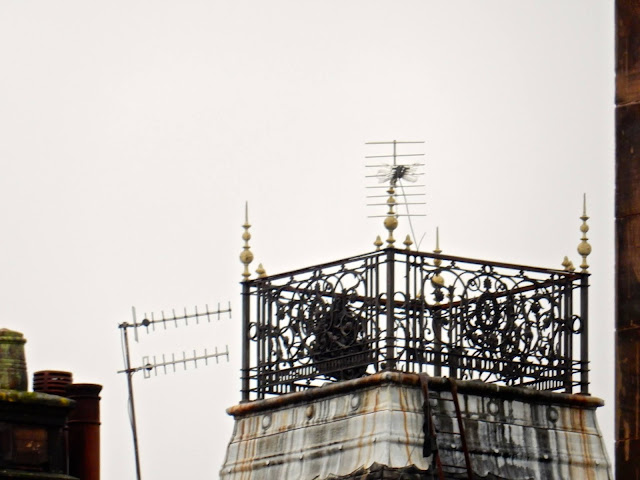 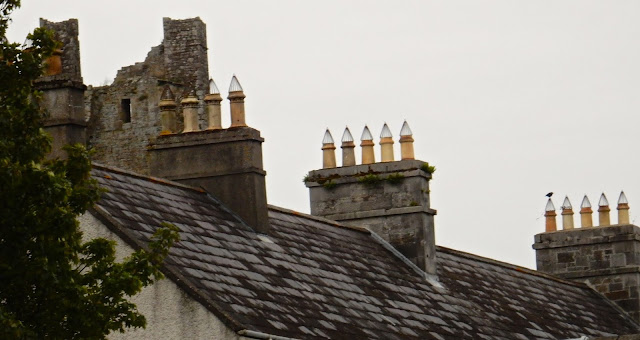 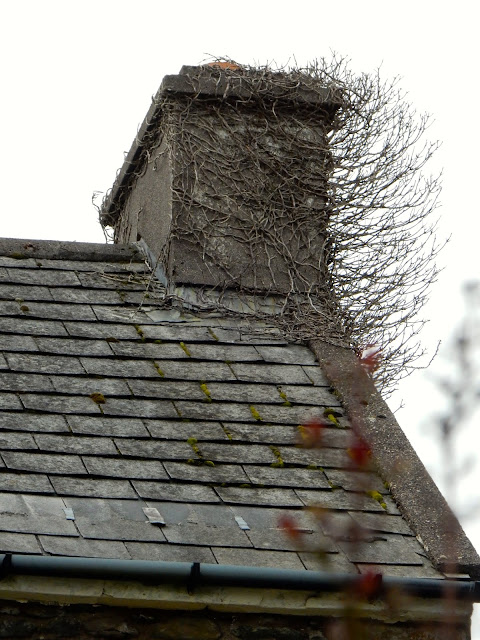 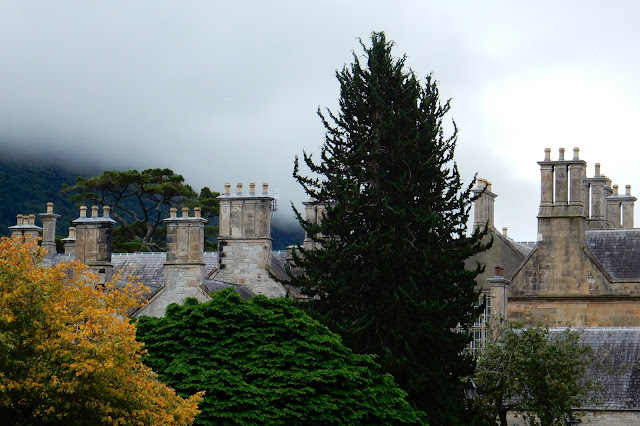 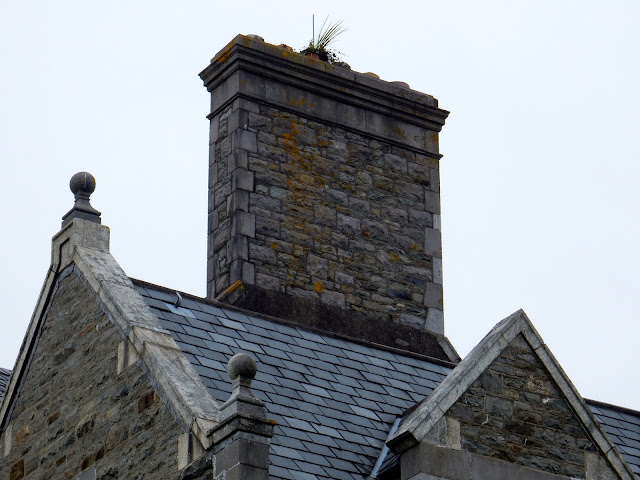 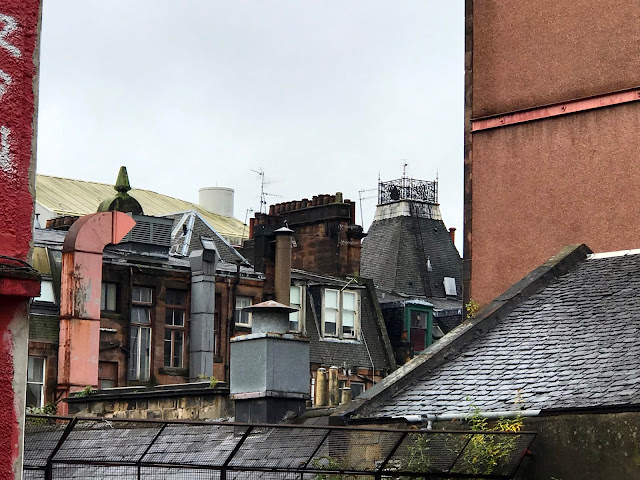 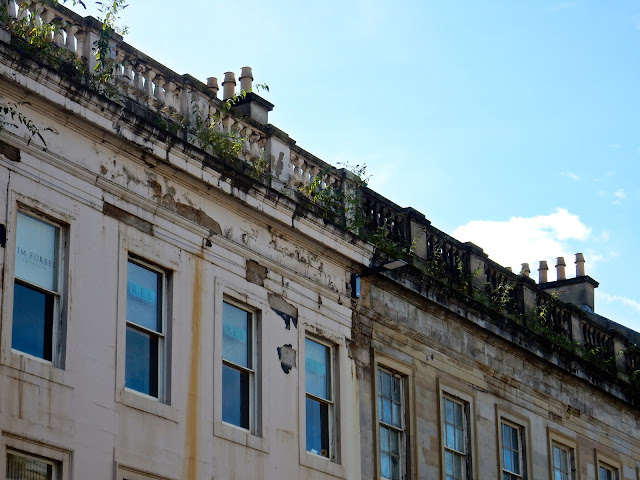