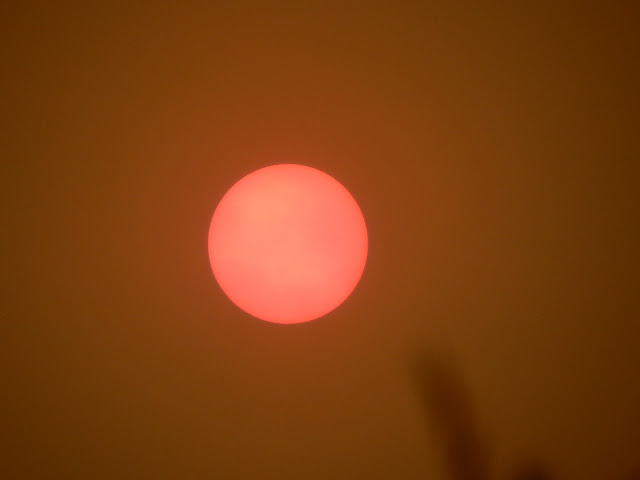 An eerie twilight and hushed nature shrouds the California central coast. A red-pink sun burns behind brown and gray clouds as the charred remains from Southern California drift northward in expanding smoke, arial evidence of the devastating fires. 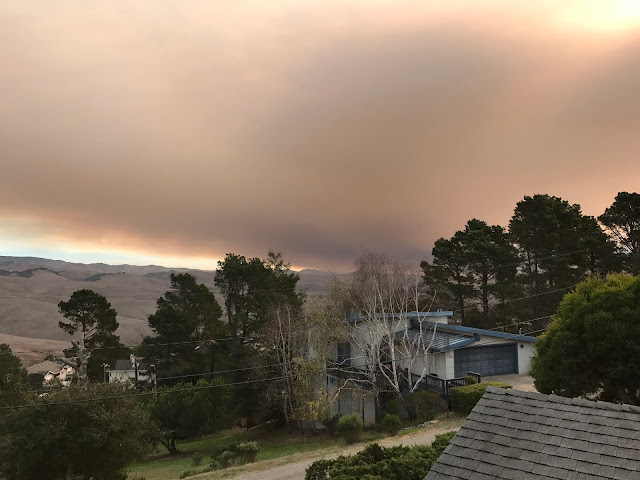 Birds have grown silent and the abundant wild life, turkey, deer and squirrels have disappeared as the plume drifts northward over the Santa Lucia range. 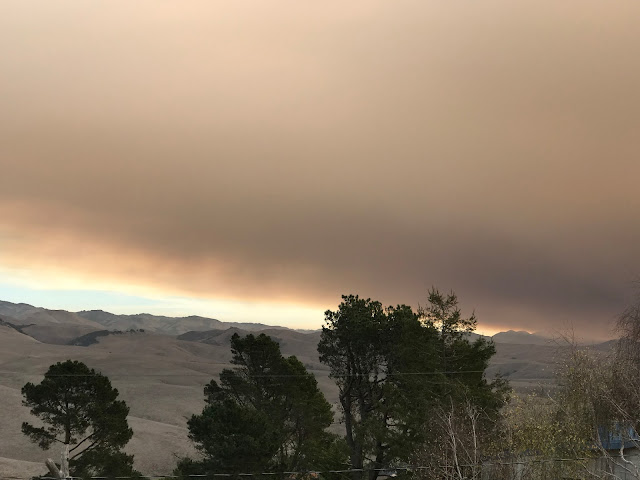 Air quality alerts have been posted. People are urged to stay inside. 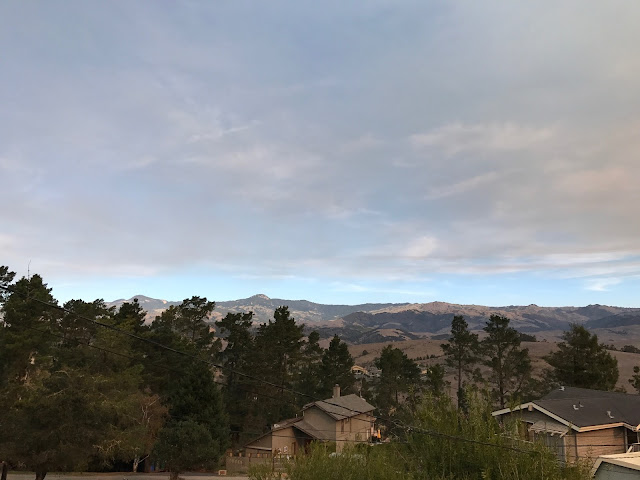 A somewhat clouded morning was absorbed by the smoke. This patch of blue disappeared in moments. 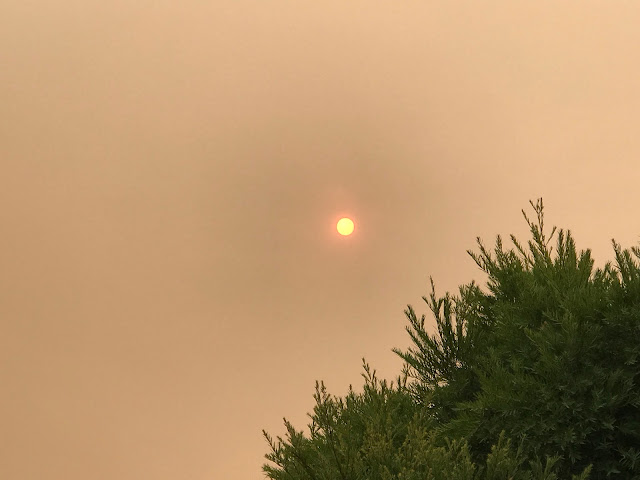 The usually lustrous light has fallen to a mournful shade. The clear day become brown and umber. 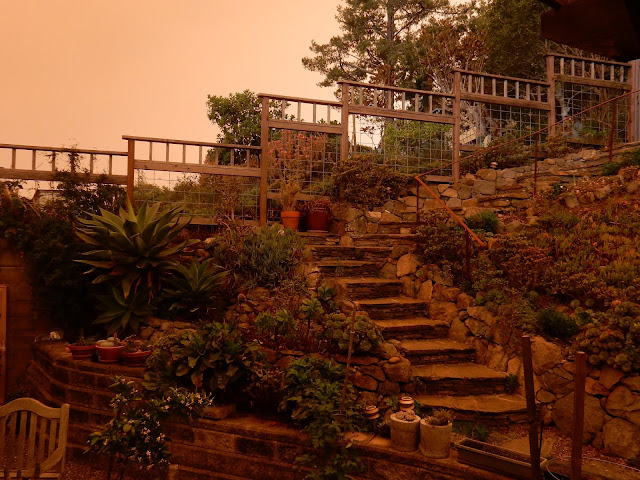 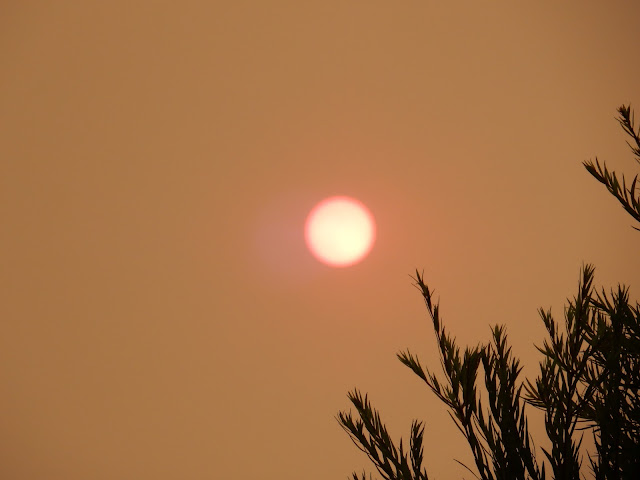 The gloom also extends to our hearts. This is a state
sending thoughts and prayers to fire fighters, fellow citizens, friends and loved ones.

See you down the trail.
Posted by Tom Cochrun at 12:09 PM